LabourList can exclusively reveal the branding for Sadiq Khan’s Mayor of London campaign next year. The branding will make its official ‘debut’ at Khan’s policy forum event on 5th December in 11 days time. 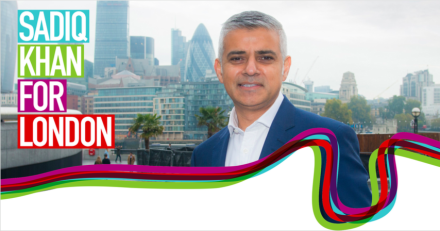 A campaign source tells LabourList that the big blocks of colour, which intertwine in the imagery of the River Thames, are intended to reflect London’s diversity, and they hope the style will be distinctive and eye-catching.

Although this branding, which will be used on all campaign material (expect to see plenty of it on graphics and leaflets), does not feature any of the Labour Party’s current branding, sources say it has been designed to “work alongside the existing Labour brand”. Leaflets are likely to have a red strip across the bottom bearing Labour’s name and logo. 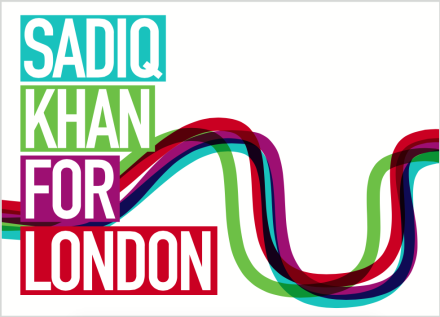 While much of the literature for the 2008 and 2012 Mayor contests featured the first names only of ‘Ken’ or ‘Boris’, this election sees the Tories and Labour both fielding new candidates, and it seems that, for the time being at least, Khan will be going by his full name.

The branding will make its first appearance at the full day policy forum on December 5th. LabourList revealed details of the London policy consultation last month, and the deadline for the initial consultation period is Friday this week, November 27th.

Next Saturday’s forum will include a keynote speech from Khan, and the workshops on the day will feed it London Labour’s manifesto, which will be published in the new year.