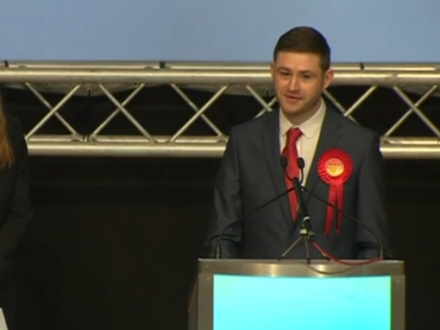 Quite aside from being a wonderful result for the Labour Party in itself, the Oldham West and Royton by-election victory will hopefully buy everyone in the party a breathing space to enable us all to take stock and physically and psychologically recover from the year-long rollercoaster of the General Election, the leadership campaign, and the subsequent turmoil. That kind of pace of events is not sustainable.

There is never going to be agreement about why Oldham West was such a good result. People like me are going to say it was down to organisation and a fantastically popular moderate local candidate, Jim McMahon; people from the left are going to say it proves Jeremy Corbyn has popular appeal beyond the people who registered to vote in the leadership contest.

Either way round, the impact is the same. It means the result was not an additional crisis to pile on the multiple crises of the preceding few weeks. It has had some unifying effect as everyone in the party felt they had something to celebrate about the victory. And if there are any fringe elements at either right or left flank who might have had the slightest thought of a split or breakaway, this killed those thoughts as it proved that even after a dreadful few weeks Labour’s brand retains a core of support (presumably worth 150 parliamentary seats and well over 20% of the vote) which means that any future incarnation of the centre-left in the UK will be build around, not in competition with, the Labour Party. As a tribal Labourist who intends to die in the party I was born into, that reassures me. It also reassures me that we are arguing over the future direction of a going concern, not a political corpse.

Of course the fundamental conflict – ideological and organisational – over the future direction of the party has not gone away. The differences in position on domestic and economic policy are surmountable because they are differences of degree – hence the broad unity in getting behind the current anti-austerity messaging. But the differences in position on foreign, defence and security policy are fundamental – there are a large number of people in the party with a diametrically opposite view to the leader on matters of fundamental importance such as nuclear deterrence, overseas interventions and our strategic alliance with the USA.

The one word both Corbyn’s supporters and his critics both have to learn is patience.

The impasse between these two groups is not going to be resolved either way in weeks or even months.

Jeremy’s position is too strong given his electoral mandate in September and all the new members for any coup or plot to do anything other than blow up in the faces of the plotters.

But Corbyn’s position is also fundamentally weak in other areas of the party’s structures such as the PLP, councillors, the activists who actually run local parties as volunteers and, from reading the pronouncements of their general secretaries, possibly the major trade union affiliates. Just as hasty coup attempts against the leader would backfire, so crass attempts to bully MPs into line or deselect people who don’t share the leader’s politics will also alienate people and be counterproductive.

Until there is real, conclusive electoral evidence one way or the other from a big set of May elections that Jeremy is either having a very negative impact on our chances of winning in 2020, or a very positive impact, this impasse will continue. If he loses big in a set of elections then the logic for a change of leader will become very difficult to resist. But then the double lock will be that Labour’s moderates will need a candidate for leader inspiring enough to either get the current members to replace Jeremy in their affections, or of getting hundreds of thousands of new members to join. If Jeremy wins big, a substantial chunk of his critics will be silenced because their primary argument will be dead and they will want to be part of an incoming Labour government.

Until either of those things happen, the Corbyn supporters and his critics are stuck with each other. We have to find a way to rub along that enables us to settle our disagreements democratically and focus our ire and fire on the Tories.

The requirements for that unity are as follows:

If the people around Jeremy had taken on board these five requirements back in September, he would have had a honeymoon, not a baptism of fire.

But now that Oldham has given us a chance to catch our breath, let’s take it.