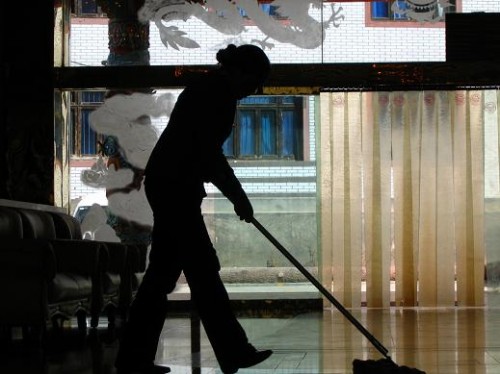 I love unions. Of course I do – I started my apprenticeship in 1989 and joined the trade union on my first day. As a young electrician, I joined the Electrical, Electronic, Telecommunications and Plumbing Union without thinking twice. Every single one of my fellow apprentices joined too. It was a journey which, over the course of the 20th century, millions of young men and women took: leave school, go to work in the local heavy industry (in my case Rosyth dockyard), and join the union.

It was a journey that shaped my life and my values. The trade union movement has given me my best friends, it has educated me, helped elect me to the Scottish Parliament and now it employs me as Assistant General Secretary of Community. So yes, of course I love trade unions. And of course I love a whole week dedicated to talking about the great, often unnoticed work unions do in workplaces and communities every single day.

But this week has to be about more than just union activists and members. The journey I took from school, to work, to union membership is a road far less travelled than it was those 27 years ago. A changed economy has meant those workplaces of thousands are now few and far between. Industrial sites fizzing with class consciousness and ripe for organising have been replaced by small businesses, a booming service sector and the emerging ‘sharing economy’.

Outside the public sector, if you don’t work in manufacturing, transport or perhaps retail, then it’s highly unlikely you’ll be a trade union member. Even in those well organised sectors there is cause for concern; membership density in the transport sector has fallen from half to almost a third in 20 years, while the energy sector has seen density fall from 70% to 40% in the same period. Clearly, the challenge for unions is not simply to organise within new sectors, but to halt the decline in density within our traditional industries.

So what should this week be about? Celebrating the positive impact unions make is certainly no bad thing, especially given the onslaught of Conservative attacks. The Trade Union Bill is an unashamedly partisan attempt to cripple the labour movement. We are right to fight it with everything we’ve got, but we must also present an alternative, positive vision for unions in the 21st century. Having fought for and won a minimum wage, what can we offer those people working two minimum wage jobs and struggling to make ends meet? Celebrating the fact we helped create the weekend is great, but what about those people working every Saturday and Sunday without a shift bonus? Being able to negotiate wages collectively is fantastic, but what if you’re self-employed and finding it difficult to get paid at all?

Love is a big word, and as much as we need the 75% of workers not in a union to love us, it might be an idea to get to know each other first. We need to practically demonstrate our importance; the accusation that unions are irrelevant cannot simply be countered by insisting otherwise. Whether they are in workplaces of 5 or 5,000, whether they are in their third job in one year or have had one job for 30 years, we simply cannot afford to continue leaving the vast majority of working people outside our movement. No union has totally cracked it, but those that recognise the need for a practical demonstration of our relevance to modern, diverse workplaces will be those that survive this century.

Seeking to demonstrate our relevance should not mean abandoning political leadership. The fact the majority of trade union members didn’t vote Labour and that the Conservatives were most popular amongst working people should not mean we abandon the political wing of our movement. However, it should give cause for reflection on why we could not convince our own members not to vote for David Cameron or indeed in some cases, UKIP.

It is a truth self-evident that working people do best when both the industrial and political wings of the labour movement are in power. However, if the last hundred years of struggle have taught us anything, it is that we must tirelessly earn that right to power. From working class Tories to middle class lefties and everything in between, working people are not a homogeneous block and our relevance cannot be limited to those already in our tent.

There are few other institutions with a direct reach into the homes of 7 million working people and this should be the foundation upon which we seek to reach out. Trade unions have every motivation and ample opportunity for growth. The challenge now is using our resources to prove our relevance and to recruit millions of working people. Meeting that challenge would help millions more love unions, secure the future of our movement and make the UK a better place to work for us all.

John Park is Assistant General Secretary at Community Trade Union. This article is part of a series to mark heartunions, the TUC week of action against the Trade Union Bill.

John Park MSP is the Shadow Minister for Economy and Skills in the Scottish Parliament. A former trade union official he was elected in 2007 as a regional member for Mid Scotland and Fife.

View all articles by John Park