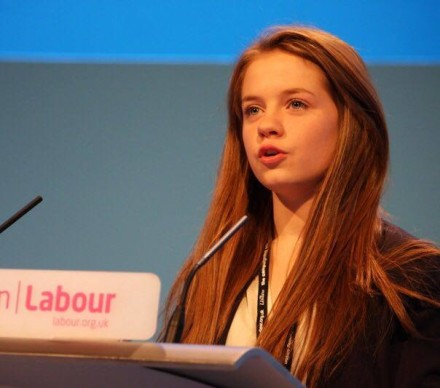 It is time to extend the ladder of opportunity to young people in our party, and in the country. A strong Young Labour is vital to both.

This weekend I was elected the youth rep on Labour’s NEC. With support across the movement: Young Labour groups, Labour Students clubs and young trade unionists, led by my own union the Communication Workers Union. The weekend was not, however, our movement at its best. Factionalism, grievance and outside interference from people who were neither young nor delegates made it difficult for too many. This has got to stop. The party need to prioritise the resources to make youth conferences and events affordable, you should not have to have daddies credit card or fundraising appeals to get to democrat events. Complaints need investigating, but it’s not rule changes but a culture change that we need. I will lead this.

First step is to remember who the enemy is. My maintenance grant wasn’t taken away by Progress, my EMA wasn’t scrapped by Momentum, and Open Labour didn’t close my old school. The pain that is being felt by young and working class people in the country is because of the actions of a cruel government, a Tory government. While Labour has fewer MPs than the Tories do our words will feel meaningless to those who rely on Labour; our squabbles will be no more than moving the deck chairs on the Titanic.

A new open approach is what is needed. One where everyone is welcome and diversity is encouraged. Labour was founded by the trade unions, the Fabians and socialist societies to first and foremost to put working class people into power. Young Labour must now hold this flame.

Wirral Young Labour taught me that the anger I felt at society could be channelled into fighting for social justice. So I got involved. Winning Wirral West for Margaret Greenwood and holding hyper marginal Wirral South under Alison McGovern gave me a taste of what winning feels like. Repeat this elsewhere and the trajectory of people with backgrounds like mine is transformed.

As in most places where we made gains in May last year from Hove to Lancaster, Wirral West to Cambridge, it was Young Labour, Labour Students and young trade unions doing much of the work. If we use all of the talents in our movement, come together to build the resilience to beat the Tories not forever be beaten, remember it’s real Tories not ‘red Tories’ that are our enemy, the future is for young members to inherit. No more fighting each other, it’s time now to fight austerity.

View all articles by Jasmin Beckett