The Google tax scandal demonstrates that attempts to patch up the current international tax system are woefully inadequate. Despite the efforts of the OECD’s recent BEPS (Base Erosion and Profit Shifting) overhaul, it appears highly likely that corporate tax will continue to be an optional extra for profitable companies such as Google.

Companies take advantage of the flawed global tax system in different ways, including use of lopsided taxation treaties between countries, by routing money through opaque tax havens, trade mispricing and more.

The UK’s tax treaties with developing countries can allow UK firms to limit their tax payments often in countries where the money is most needed to fund hard pressed public services.  According to the IMF recent calculations have shown that developing countries are losing around $200 billion a year to tax avoidance by companies.

The UK’s treaty with Malawi for example, was originally signed in 1955 while Malawi was under UK colonial rule. Now, Malawi is the poorest country in the world – many people live on less than a dollar a day.  ActionAid’s research shows that the way the UK-Malawi tax treaty allocates taxing rights unfairly favours the UK, and limits the ability of the Malawian Government to tax UK firms operating there.

The OECD has estimated that tax havens could be costing developing countries a sum up to three times the global aid budget.  The value of capital flowing out of countries is huge – an estimated $1trillion a year – put into context – Africa is a net creditor to the world.

According to Oxfam corporate tax avoidance in the form of trade mispricing by G7 based companies and investors cost Africa $6billion in 2010.  More than enough to improve the health care systems in the Ebola affected countries of Sierra Leone, Liberia and Guinea.

Then there are the sins of omission. Anonymous shell companies in the British Virgin Islands were used to acquire mining concessions in the Democratic Republic of Congo for $275million. They were then sold for $1.63billion costing the state $1.36billion or twice the combined health and education budget.

What is to be done? David Cameron is hosting an anti-corruption summit in May and inviting heads of state from all over the world to London. Yet David Cameron’s own Government has failed to move from rhetoric to real action in tackling tax avoidance.  How can the UK lecture other countries on what they should be doing to tackle corruption, when the Crown Dependencies and Overseas Territories – our own constitutional backyard – are such notorious purveyors of secrecy?

This week at the Launch of Manchester Universities Global Development Institute, Winnie Byanyima, Executive Director of Oxfam International said: “We need a new set of rules: we need a human economy that works for people – not an economy for the 1%.”

So what action is needed on tax avoidance? We must insist that multinationals publish basic accounts in every country they operate in. Country-by-country reporting would immediately identify where profits are being earned in one country, but booked on paper in a tax haven. It would be a powerful disincentive for profit shifting.

We need to clean up our own back yard, by making sure that British linked tax havens (the crown protectorates, like Cayman & Bermuda) can’t continue to act as conduits for global tax dodging – by insisting on much greater transparency, particularly around the real ownership of companies based in their territories.

There must be greater coordination across Government. At the moment the Department for International Development (DFID) is working to support poorer countries while our tax treaties reduce the amount of tax that UK multinationals pay in countries like Malawi. It’s time for the UK government to look again at its tax treaties and seriously consider the impact they have on the world’s poorest people. Negotiating a new, more equitable treaty that ensures UK companies pay a fair amount of tax in Malawi would be a good place to start.

We must stop applying sticking plasters to broken OECD tax rules and mandate the UN to develop a set of rules that ensure big businesses pay their fair share of tax in every country they do business in.

This is not an attack on companies – nine out of 10 business back tackling aggressive tax avoidance.  This is about the common good, creating a level playing field for all countries and companies that supports the fight against poverty. 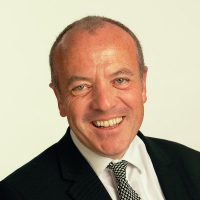 Mike Kane is the Labour MP for Wythenshawe and Sale East and the shadow minister for aviation, maritime and security.

View all articles by Mike Kane