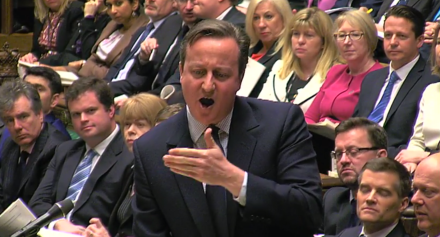 As Labour councillors, nothing is more important than ensuring all children we represent get the best start in life. By working in partnership with schools and communities, local councils are able to help improve standards and ensure that schools serve the needs of communities.

But all this is at risk from the Tory Government’s reckless ideological plan to force all schools to become academies.

Jeremy Corbyn was right to put the spotlight on this vital issue about the future of education in our country at Prime Minister’s Questions this week. The benches behind the prime minister were noticeably quieter when Jeremy started quoting the concerns of Tory MPs about forced academisation.

We now read reports that the Government’s plans are starting to flounder and may not appear in the Queen’s Speech in May. This shows what the concerted pressure of teachers, parents, unions, MPs, councillors and others, can achieve. But we need to keep pushing.

Not only will these plans cost more than £1.3bn, at a time when school budgets are under the most significant pressure in a generation, there is also not a shred of evidence that this top-down reorganisation of more than 17,000 schools will help improve education standards.

The majority of the schools that will be affected by forced academisation are primary schools, over 80 per cent of which are already rated good or excellent by Ofsted despite only 17 per cent being academies. No one system has a monopoly on delivering the best results, and that is exactly why a centrally imposed forced academisation programme is not the answer.

We need to organise our efforts to halt this damaging proposal – which, we must remember, is by no means certain to happen.

We have already spoken out strongly against these plans, and it’s telling that Tory councillors across the country are furious about them too.

Last week in the House of Commons, we heard passionate and informed examination of the Government’s proposals from Labour MPs, with Lucy Powell leading the fight from the frontbench. We also heard the concerns of many Tory MPs about the impact on smaller schools that being swallowed up by academy chains would have, and protest against the removal of any local choice in what future paths schools may wish to take.

It is vital that the campaign against this attack on state-funded schools engages parents and local communities in a broad movement – that’s how we will make the Government think again.

The first job we have as Labour councillors is to get the message out that these changes are not inevitable and governing bodies should not rush to convert. Schools should make the decision about their status that is right for them and not feel pushed into converting now.

Already we have seen Labour councillors standing up for our schools. Islington Labour has launched a petition – Our Schools, Our Say; Redcar and Cleveland Labour group has launched a community campaign; and Stockport Labour group has reached across the political divide to build support against the Government’s plans. Many other Labour groups are coming up with engaging campaigns to raise awareness of the threat to schools.

We want to hear about other local efforts Labour councillors are making to organise against these proposals. Whether it’s organising a meeting of school governors, linking up with teaching unions, or supporting parents to write to the local paper criticising the removal of their say over how their children’s schools are run. We want to be able to use Labour councillors’ efforts to show just how widespread the opposition is to this illogical Tory plan.

The LGA Labour group will there to back Labour councillors in this campaign, and together we can make the Government think again.

Nick Forbes is leader of the LGA Labour Group and leader of Newcastle City Council.

Richard Watts is vice-chair of the LGA children and young people board and leader of Islington Council.