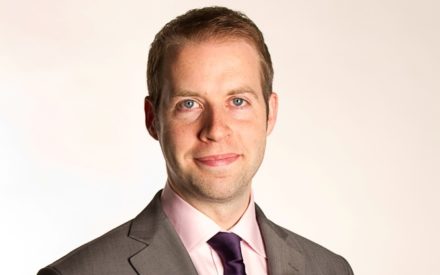 Not being a racist really isn’t that hard. For most people in the Labour movement, it’s programmed into their DNA. My earliest memories of being a Labour activist are of being the one man in the pub who doesn’t laugh along with the casual racism, of being the canvasser who can’t resist pushing back when people repeat the tabloid guff about immigrants being given free houses and swimming pools, the bloke prepared to start an argument at a football match when someone next to you tries to start a racist chant. A great many other Labour activists have stories like these.

And yet undoubtedly we do now have a major problem with anti-Semitism in the Labour Party. Why is this?  How did we get to here? Why is anti-Semitism – for so long something associated with the Far Right in politics – now something that is increasingly associated with us in the Labour Party? How did we become a Party that a considerable number of British Jews not just distrust, but are genuinely fearful of?

The answer clearly lies in the politics of the Middle East, and the conflation of support for the Palestinian cause with anti-Semitic attitudes and arguments. The Israel/Palestine conflict is a complex political problem. In my view, for too long people on all sides in the UK have approached it in a binary fashion, shamelessly adopting a stance on the conflict as an identity badge of their wider political positioning. Whether it’s bourgeois red-brick undergraduates donning kufiyahs in an attempt to look a bit more radical, or sharp-suited politicos trying to get into the LFI reception at Conference, there has been a notion for too long in the UK that when it comes to the Middle East you have to pick a side. Furthermore, the side you pick will say quite a lot about you.

And so we seem to struggle to reconcile the obvious fact the criticising Israeli policy is not in itself anti-Semitic, whilst acknowledging we know some racists do attempt to use the Israel/Palestine conflict as a means to push anti-Semitic views they wouldn’t otherwise get away with.

Yet, given a modicum of serious thought, this really isn’t that hard at all.

I am a supporter of the state of Israel and I am a supporter of the creation of a viable a Palestinian state. I admire Israel as one of the few genuine democracies in the Middle East, a country where Arab Israelis have more rights than Arabs in any other country in the region, and where a considerable proportion of the civilian population live with the understanding that they and their children face mortal danger every day simply going about their lives.

At the same time, I deplore the continued expansion of illegal settlements, of the ongoing occupation, and of the denial of a contiguous Palestinian state alongside Israel. I would make the case (and I often do) that this is as much against the interests of Israelis as it is the Palestinians. But that’s not really the point. The point is that it’s fairly obvious that criticising Israeli policy is a million miles away from anti-Semitism, and anti-Semites need to stop shamelessly pretending the charge is being deployed against them to limit their own freedom of expression.

Because mine are not niche positions – they are actually shared by a significant number of Israelis themselves. And once people are prepared to leave behind their binary positions, they can uncover a whole range of people who live in this part of the world whose actions confound this paradigm and who give hope to the rest of the world. On a trip out there with Christian Aid I saw Physicians for Human Rights, a group of Israeli doctors, go into Palestinian refugee camps to provide free healthcare. I was taken around towns by members of Breaking the Silence, who are former and in some cases current reservists in the IDF, and listened to them tell me in very clear terms why they oppose the occupation of the West Bank and Gaza.

It seems to me entirely straightforward  that criticising current Israeli Government policy is entirely legitimate, but arguing against the right of Israel to exist, or peddling guff about the media being controlled by “Zionists”, or objecting to the University of Birmingham on the basis that it has a large Jewish society, are simply the opinions of unreconstructed racists.

So how then can we solve this?

There are several initiatives being presented from various parts of the Labour Party in the wake of this shameful shambles. Most focus on practical ways to increase the speed, rigour and decisiveness with which we root out any whiff of anti-Semitism or other forms of racism or faith-based persecution. Some also look at how we go back to basics and proactively wipe out any culture of bias within the party. Some go further and suggest ways in which we officially recognise representation from the Jewish community within our party structures, so that we can more clearly lead from within on this issue. I unambiguously welcome all these proposals, and hope that the party will show strong leadership by quickly examining and adapting them.

However, I would also appeal for something else. I wholly and deeply understand why friends and colleagues who are Jewish have felt they have to leave Labour. In some senses the greater question is actually how can any of us, Jewish or non-Jewish, stand back and sit this debate out. But today I make this appeal: please do not use resigning your membership as the tool by which you raise your concerns. We need all supporters of Labour to have representation in our membership ranks, to have a voice in our policy procedures, and a vote in our rule changes. We cannot fix this thoroughly and lastingly if we further become “us and them”. I stand with the Jewish Labour Party members. Please stay, and stand with me too. Together we can stamp out anti-Semitism and regain our pride as the party of equality and inclusion.