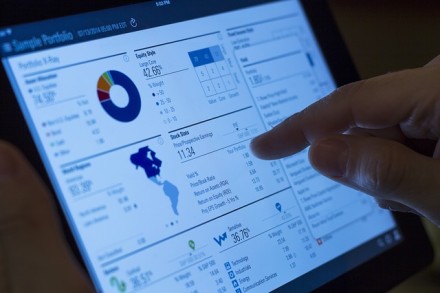 It is often described as the sharing economy. It sounds very cuddly. All of us on a patchwork sofa, sharing a nice cup of tea…

I prefer to call it the new intermediaries economy. Not as cuddly or cool but more accurate.

When you get into an Uber cab the driver is not sharing her car with you, she is selling you space in it. And Uber is the intermediary. Just as Facebook is the intermediary as you sell your data to advertisers in return for optimal likes, or Google, selling your click-throughs as the price for the perfect search. The fact that you do not see yourself as a Facebook or Google customer, does not stop them turning a buck out of you.

Just like traditional ‘middlemen’, the new intermediaries make their money by adding value to a product – and that product is you!

And what the new intermediaries have in common is their platform network economics.

But networks can also decentralise and distribute power, literally and metaphorically, flattening relationships. Think the Arab Spring, Theyworkforyou, citizen science or 38 degrees. So which is it?  Are these new intermediaries an opportunity to concentrate or flatten power relationships? Is Uber exploiting drivers or freeing them from the high fees and barriers to entry of the taxi cab sector?

At How the Light Gets in Festival of Music and Philosophy at Hay today I’ll be talking about the digital revolution we need to make the future economy work for everyone.

Recent research from Professor Huws of Hertfordshire University suggests five million of us are already working in the ‘future’ economy. Luciano Floridi, Professor of Information Ethics at Oxford argues that instead of being obsessed with the individual Uber driver or Google searcher we need to look at the system and whether everyone involved has access to justice.

Tom Chatfield, the author and tech commentators, says “technology connects us to each other as never before, and in doing so makes explicit… the ways in which our ideas and identities do not simply belong to us, but are part of a larger human ebb and flow.”

Now that emphasis on our collective identities and our access to justice reminds me of another movement.

The Labour movement was born to redistribute the rewards of the first industrial system because taking on the actions of  employers one by one or the concerns of  individual workers one by one wasn’t going to cut it.

Of course when working people criticise technological change they tend to be called Luddites. That’s a great way of shutting you up. Who wants to be a Luddite?

Well Luddites were a part of the emerging Labour movement because they saw that their labour, and therefore their lives, were being stripped of decency through inhumane and unfair industrialisation.  Through direct action, yes, breaking looms and machines but also through organisation, promoting workers education, public libraries, and empowerment they helped inspire debate and negotiate  how the new system should work.

So our job is again to break open the looms of the current day industrial revolution.

Reveal the power relationships driven by the new intermediaries and hidden by sharing and gigging slogans.

And then to empower the citizen worker consumer in these new power relationships.

These are political questions and pretending they’re not political, pretending they are just market issues, is a bit of a fiction. Tom Watson has already spoken on the need for a progressive response to technological change and Jeremy Corbyn launched Labour’s Workplace 2020 initiative.

We need the Labour movement to enter the digital age. I believe there are five major battlefields around which our movement needs to mobilise.

Firstly, Identity – who controls your identity and why isn’t it you? Google, Facebook, Twitter, your bank, your dating ap, your tax return – how many identities do you have and who is sharing them?

Secondly, who controls your data and why isn’t it you?  In a recent exchange with the Secretary of State for Energy and Climate Change she told me that smart meter data would be owned by the energy companies. Good luck with controlling your soon to be smart home then.

Thirdly, whose algorithm is it anyway? Uber decides how much you’re willing to pay for a ride, Facebook who your real friends are, Match who you’d like to date, Google who you’d like to shop with and Amazon what else you’d like to buy. These algorithms use information about you, but they’re totally secret from you – and any regulator.

How do we change that?

And finally digital inclusion. A digital economy without digital inclusion is a return to an 18th Century view of democracy as amongst to a narrow economic elite. Well the Tories are certainly making a success of that!

We need  a democratic revolution and we need it now.

Before the system hardens and solidifies in ways which can’t be undone. Or at least not constructively.

That’s why we believe the Digital Economy Bill now passing through Parliament, should be addressing these issues, instead of a haphazard collection of things the Government think they can get through without annoying Brexiters.

That’s why the Labour Movement must be at the forefront of this revolution.

We must not miss our chance to make the future fairer.

So far in the digital revolution it is the powerful who are taking power. We need to better distribute power in the Digital Age.

And in so doing we will be building a better future for us all.