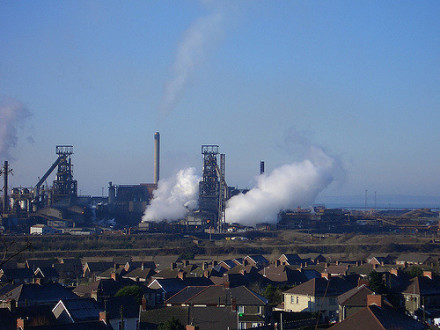 While Carwyn Jones, Welsh First Minister, has travelled to India to ensure the board of Tata consider the implications of the sale of Port Talbot steelworks, Angela Eagle has called for China to be refused “market economy status”. This is an important statement. It indicates the party is changing policy. We need a new consensus on international trade.

In 1930, President Herbert Hoover signed into law the Smoot–Hawley Tariff Act which imposed a 50 per cent tax on all goods imported into America, intending to protect the American economy. So if a car from France was sold to America for $100, the 50 per cent tariff would mean that the price would increase to $150. This would help American manufacturers at the expense of the foreigners.

This developed into a trade war when Germany and France chose to respond with retaliation tariffs, resulting in Americans buying only American goods, while Europeans bought only European goods. Then Germany and France erected trade barriers against each other and world trade collapsed entirely, lengthening and deepening the Great Depression.

For this reason, the economic consensus is hostile to trade tariffs for fear of another trade war. However, our EU partners wanted to discuss the use of tariffs to protect the steel industry from unfair Chinese dumping, i.e. selling steel below the cost of making it. The British Conservative government rejected those talks in an effort to make friends with China, and then the future of Port Talbot was put under threat when Tata decided to sell its British operations.

Today the rich countries compete on a level playing field, with relatively few tariffs between them. This means that the best product gets the highest sales, wherever it is from. However, our industry is often mortally affected by the low wages of developing countries. The consensus is to allow free trade in order to encourage economic development. The hope is that their wages will rise and they will buy our exports. The Tories believe that some British companies will go bust but others will spring up to replace them.

However, should we have the same attitude when we consider the lack of environmental regulation in Chinese heavy industry? Is it OK for them to be cheaper than us if they pour chemicals into the atmosphere, rather than pay to clear it up? If our steel plants have an additional 10 per cent expense in order to be clean, then the Chinese would have a 10 per cent advantage in price when selling their steel in Britain. Is that fair or ethical? If we charged a 10 per cent tariff on imports of Chinese steel, until they changed their ways, then would this incentivise the Chinese to clean up their environment?

How about if an Asian country had little of no health and safety regulation? If Asian workers were dying because there was an unsafe environment then would we allow them to export the cheap product to us without tariffs? Is this free trade or is it freedom to destroy human beings while we turn a blind eye?

And if the price of steel were to fall further then would we allow Chinese steel to be brought to British markets at below the cost of production? This is the point that Angela Eagle makes, when she argues that China is not a market economy, because the state owns the steel plants and can subsidise their steel. There is no way of telling whether it is subsidised or not, because they are not playing by the same rules as the rest of us.

The recent effort of EU countries to form a new policy on dumping was thwarted by the Cameron Government. Let’s see Labour not only oppose this Tory policy, but also to expand the conversation. Let’s include the environment, workers rights, and private ownership as conditions for free trade with the developing world.

That would be a truly ethical foreign and economic policy. And it would save British jobs from the destruction of Tory dogma.