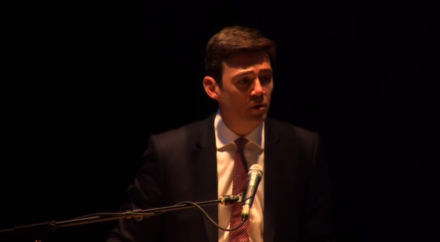 Andy Burnham has warned the public not to vote to treat the EU referendum as a single issue “protest vote” over immigration.

The Manchester mayoral hopeful took on one of Labour’s biggest electoral weaknesses by saying there “will have to be changes” to EU rules on freedom of movement if Britain votes to remain in the bloc.

Burnham also said it was understandable those concerned about migration to the UK felt ignored by politicians – but asked voters to consider the work of the EU more broadly.

“Turning your back on any group never makes you safer. A vote to leave is a vote for isolation – and that just can’t make sense in today’s volatile world. But we are two weeks away from that real possibility.

“How did we get to this point? It is down to the failure of politicians, not the public. I understand why people want to protest at an elite which hasn’t listened for at least a decade to their legitimate concerns on immigration.

“But this vote is much bigger than that. It is about the future of our economy and the future of our country. If we vote to leave, other dominos will start to fall. A second Scottish independence referendum will be inevitable. It won’t just be the EU that begins to break up; it will be Britain too.”

Burnham was speaking at Greater Manchester Chamber of Commerce at an event which marked the 20th anniversary of the bombing of the city by the Provisional IRA. He used the sombre moment to highlight the enormous progress made by the city out of the ashes of terrorism.

“The fragmented and fearful world that will result from heading down this isolationist road is exactly what the terrorists want but what their bombs have so far been unable to achieve. They want to us to argue amongst ourselves. They want greater conflict between nations, races and religions. They want us to abandon our cooperation on counter-terrorism. Don’t make it easier for them.

“And, above all, remember why they didn’t succeed here in Manchester 20 years ago. It was because we were united in wanting a better, more positive future for this city – a European city ready to welcome the world for the Commonwealth Games. And it’s that spirit that we need to recapture now.

Burnham, shadow Home Secretary, but offered a more muted appraisal of the EU, saying policy change was needed but could be achieved without forgoing the UK’s economy and safety – as a Leave vote would do.

“We need real funding for communities facing most change and pressure. And we need rules to protect skilled wages, ending the incentive for poor employers to bring large number of people here. But these changes can be achieved within without sacrificing our economy and our safety.”