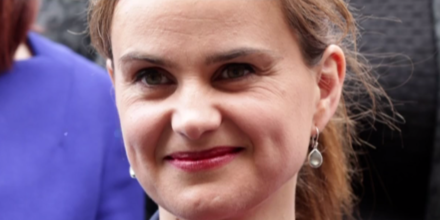 Being an MP is not easy, and being a good MP is really hard. It’s a vocation. It’s consuming. You don’t get the thanks you deserve, the time with loved ones you need or, frankly, enough money. You need a commitment to making the world a better place, and the belief that you can play a part in that.

There is also a lot of criticism, and so much of it undeserved. The idea that they are all the same and in it for themselves is complete rubbish. The idea MPs get too much holiday because of parliamentary sitting dates reflects both a lack of understanding of how the job works and has a decent dose of hypocrisy to boot. We often hear about the Westminster bubble, and yet what people are complaining about is that our representatives are not there, and working in their constituencies instead.

The advent of social media has probably made this criticism worse; it has certainly given more people a glimpse at the kind of abuse that exists. But it has been around a lot longer. I doubt any child of an MP has not seen their parent hassled in the street. It may not be a daily occurrence, but it is not unusual.

I know because one of my parents was elected when I was a year old. I know because I spoke to other children of MPs and ex-MPs yesterday, and they said the same thing. They’ve been there when people have waited outside the office to abuse their mum or dad, or seen them accosted in the shops, or had police protection put on their home because of a controversial vote. It stops being scary, mostly. It just happens.

I don’t want to reflect on Jo Cox as a parent too much, because I don’t think such a crime would happen to a man in the same way. But I can’t really separate it, because I nearly broke down in tears reading her husband saying he will make sure their children are “bathed in love”. Because she would go through division lobbies dressed in her cycling gear after getting home to put her kids to bed between votes. Because looking at them as parents is one of the ways I see, and understand, politicians.

Jo Cox spent 10 years as an aid worker in warzones: Gaza, Iraq, Darfur. She put herself in danger to help others. When she attended her constituency surgery yesterday, it was to help others, and it should not have put her in danger. But it did.

Cox was not just an MP, she was a very good one. Her experience, knowledge and passion made her an asset to Parliament and a real credit to the Labour Party. She was an important backbench voice on foreign policy, and so clearly proud of to represent her home seat.

The thing is, there are more MPs like her than many realise, or would like to. It is easier to tar them all, to disengage, than to accept that many of the people we put in the House of Commons are good people, doing a good job.

When some Labour MPs raised concerns about the nature of the way they were being targeted for protest during last year’s vote on Syria, plenty dismissed them as thin-skinned. The same happens when it’s your everyday violent online abuse: you’re a public figure, get over it.

If you were them, or spent time with them, I think you would understand. There is a constant hum of real nastiness in our political discourse and it completely colours our relationship with those who represent us. Faced with it, every day, I think you might be sensitive to determine what is serious and what is not. Getting it wrong could mean something happening to you or your loved ones.

I’m not saying this tragedy was inevitable, or foreseeable – of course it wasn’t. I am shocked and appalled and I am shaken precisely because it is so thankfully rare.

But I also feel that way partly because I feel like it could have happened anywhere. Any street, any surgery, any MP. Whatever the motives, we already know this was a political act, because it was an elected representative that was targeted.

Jo Cox’s death was a heartbreaking, appalling abnormality. It was also an undeniable result of our political culture.