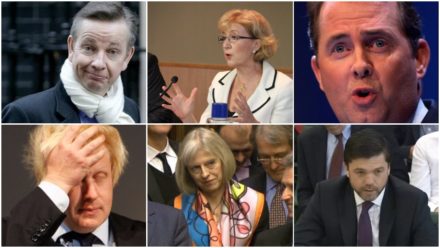 On Monday I looked at the start of the Tory leadership race and divisions that had already opened amongst the candidates. In the latest in my series of blogs about the contest, I’m looking at the state of the race as the second round of voting gets underway. The result of the first ballot earlier this week didn’t surprise too many people, with a runaway leader and an increasingly acrimonious bunfight as two other candidates vie for the remaining place on the final ballot.

It seems clear that Conservative MPs have made their choice in backing Theresa May – receiving over 50 per cent of support in the first round, with more on the way following the two early drop outs moving their weight behind her.  But there are jitters amongst the faithful – Grant Shapps and other colleagues seem desperate to circumvent the party membership and crown May as soon as possible. They say it’s the economy and the instability caused by Brexit – but really they are aghast at the prospect of Prime Minister Andrea Leadsom.

There were already accusations of skulduggery with MPs claiming May was lending support to Gove on the first round– but following the revelation that Nick Boles, Gove’s campaign manager, was actively courting May supporters to vote tactically against Leadsom, it’s now clear the majority of their parliamentary party are desperate to keep her from the ballot.

This week we’ve seen a series of negative briefings against Leadsom.  People have accused her of padding her CV and over-playing her seniority in her previous financial services jobs. There have been anonymous briefings from civil servants criticising her ability as a minister in the Treasury. Old blogs have reappeared where she criticises same sex adoption and a speech from Leadsom herself in the House of Commons, where she calls for cuts to the minimum wage and workers’ rights for small companies have been doing the rounds. All these positions run strongly against her campaign so far where she has pledged to raise wages, cut executive pay and defend workers’ rights. She may be toeing a certain line now as she looks to get elected but I certainly wouldn’t trust her when it comes to defending the rights of working people.

Nick Boles said that Gove himself was happy to take a “thrashing” for months from May as it was in the party and national interest to stop Leadsom. Theresa May has of course distanced herself, but who could blame her if she was tempted? Gove isn’t a serious candidate and the Tory membership abhors the actions he took against Boris Johnson. He said he had to step up, comparing his decision with running to save a child in a collapsing building.  Given he’s one of the people who laid the dynamite in the foundations in the first place the rest of the party are steering clear.  The latest Conservative Home survey of Tory members saw Leadsom edge May in popularity, with Gove in a distant third. Another YouGov survey of Tory members saw Michael Gove’s personal ratings plummeting from +41 to -20 in the space of a week.

May doesn’t want to face a popular (amongst the Tory faithful at least) Leadsom in front of the members she once trashed and the rest of the MPs in Parliament are now resorting to dirty tricks to clear a path for her coronation.

Whilst Theresa May is in the lead, it’s not inevitable that she will win and they all know it. Tory MPs seem less enthused by May than scared of the alternatives. And if she faces Leadsom in front of the membership she will have real fight.  With an electorate of just 150,000 the margins are likely to be very tight.  What is certain though is that these attacks on Leadsom will continue to build if she’s on the ballot after tonight.  It’s become a nasty contest in the “nasty party” but it’s the British people who will suffer the consequences.