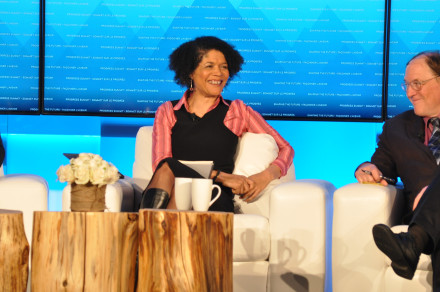 I did not study politics, I’m an engineering graduate and proud of it, but even I know that we have just seen a masterclass in political management. In twenty bloodless days a number of not-quite-up to it actual and potential Tory leaders have been excised from the Tory body politic together with all responsibility for the momentous mess which is Brexit.

They now have a Prime Minister who can claim Brexit-clean hands and whose tanks are already parked all over Labour’s working-class centre-ground.

The heads of Leadsom, Johnson, Gove and Cameron are not even to be displayed on virtual stakes around a defensive Tory leadership encampment for the press vultures to peck at and Labour to laugh at because they have all united. Theresa is “ideally placed” in Leadsom’s words, and has Gove’s “full support as our next Prime Minister”. Johnson is foreign secretary and Cameron walks away, whistling a happy tune.

And over in the red corner?

We are more and more at war with ourselves, with a leader who cannot command the support of 20 per cent of his parliamentary party but has massed members turn out at rallies and constituency party meetings across the country and an automatic pass onto the ballot.

We’ve a deputy leader with a legendary record of ‘fixing it’ at a loss, two leadership challengers, union leaders and ex-Shadow Cabinet members spitting vitriol at each other while, unsurprisingly, we trail eight points behind the party which caused the most divisive and potentially economically disastrous split in our nation’s history entirely for party political reasons.

You couldn’t make it up. I’d be really interested to know if the politics courses so many of my colleagues studied explain how to deal with this.

I nominated Jeremy Corbyn because I didn’t want the debate to within the party to continue as it had.  I was tired of pussyfooting around the fabled centre ground of politics which seemed to be defined as anywhere a tad to the kinder side of Tory policies. I wanted a party whose deep Labour roots fed a passion and commitment to making a better country for all of us.

And when Jeremy was elected with his huge mandate I welcomed the opportunity to change the economic narrative, to grow our party and champion real, radical change. As Shadow Minister for Culture and the Digital Economy I looked forward to working, under Jeremy’s leadership, on subjects I was passionate and indeed knowledgeable about.

But unfortunately that leadership did not emerge. The timing of the no-confidence vote was certainly not of my choosing, I wanted to focus on holding the Government to account and, critically, determine the narrative of Brexit. The Labour Party needed to recognise the hard work of our Remain campaigners, accept the outcome, commit to hold the Government to account for it and demonstrate determination to develop a Brexit that worked for ordinary people.

Unfortunately, what we got from the Leader’s office was an email promoting the two main Labour Leave campaigners, followed by another triumphantly explaining why Jeremy was the man of the moment –  the voice of the Leave voter, and then a call for Article 50 to be triggered immediately. That combination of ineptitude and arrogance, added to the experience of the past ten months, determined my vote.

On Sunday I held an open meeting for members to discuss Labour leadership. It was respectful and comradely and complemented the hundreds of emails I have received (as opposed to the social media combat). Most members were upset and many were confused, some did not understand what I meant by leadership, some argued that as a socialist party we did not need a leader, or even someone with management skills, we should all simply unite and agree with each other.

I explained my view that there is nothing socialist about incompetence and that competence requires both leadership and management skills. Labour is about giving everyone the opportunity to realise their full potential and that is a huge mission which requires the ability to execute policy across many, many departments and unite the country as well as the party.

Equally many members expressed a sense of betrayal. During a leadership rally in Newcastle last summer, in response to a specific question, Jeremy said, that if it became clear he could not win at a General Election, he would step aside. What they asked, had become of that promise?

Labour is not a party that chooses its leaders based on personality. This leadership election will be about policies. And it may be that we find that we have more in common than that which divides us when it comes to radical, progressive policies. Then we must choose the leader that can best unite the party to realise those policies and, as well as saving Labour, save the country from the Tory master-class.