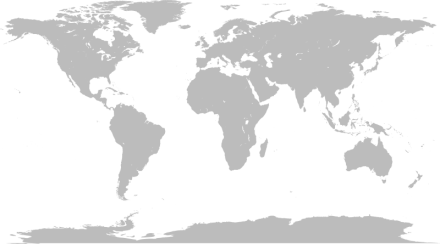 Foreign policy is one of the most divisive areas of policy for the Labour Party. Issues are framed around binaries that coincide with different factions of the Party – pro-nuclear or anti-nuclear, pro-EU or anti-EU, interventionist or anti-war, Israel or Palestine. The release of the Chilcot report and the EU referendum has brought this into stark focus.

To many it is often considered a niche area of policy. I have often been told it’s ‘not a doorstep issue’.

The EU referendum turned all of that on its head. And there are some important lessons for the Labour leadership to be learned.

We now ostensibly have a unity candidate to challenge Corbyn’s leadership. Smith has set out a series of foreign policy proposals – a second EU referendum, a return to an ‘ethical foreign policy’, and the introduction of a new war powers act – but the challenge for any Labour leader now is much more fundamental.

The challenge is to make the case for our core values of cooperation, solidarity and internationalism again.

Arguably we got ourselves into a position where a majority of the country voted to leave the European Union because for years we failed to make the case for these core values and forge a new progressive vision for Britain’s place in the world. We believed the battle had been won, and we stopped talking. “Not a doorstep issue” was a self-fulfilling prophesy.

Values were conspicuously absent from the debate during the campaign, and the Remain and Stronger In campaigns were too late to the table. The argument had already been lost. The Leave campaign were able to frame their argument as ambitious global vision for Britain. Is it really such a surprise that we voted to Leave?

The result of the EU referendum left me with a profound sense of sadness. A sadness first and foremost for all the people who believed a vote for Leave would be an answer to their problems and concerns. It was their way to express dissatisfaction with the status quo.

But I also felt like my worldview had been shattered. The result was a triumph for a more regressive and isolationist one. What should have been a vote about how we best engage with the world became a small-minded exercise in who had the best ‘facts’ and political slogans.

We now need strong foreign policy leadership which is based on these core values and isn’t afraid to raise the debate about Britain’s place in the world.

So how should a Labour leader do this?

Firstly, a Labour leader needs to revive the conversation around these core internationalist values in a much more systematic way. He should integrate these back into our Party’s messaging and use them in all his speeches including on domestic issues. These values should be part of the top lines, should be part of every Shadow Cabinet brief.

We live in an interconnected and interdependent world. Domestic challenges are rarely the result of domestic inputs alone. Our energy, jobs, and future prosperity are all affected by influences beyond our borders. It is incumbent upon politicians and activists to use these values and make them relevant when we are talking about our economic development, our social policy, our ability to tackle poverty and inequality, or our potential to be a world leader. We are truly stronger when we work together. This should be the basis of our narrative.

If Labour does not do this, the public will go to other sources for its leadership and information on foreign policy and international issues. This has given fodder to views and opinions from polemic single interest groups – not more rounded views. In our current context, we cannot go two more years without promoting these values if we are to forge a proper relationship with the EU.

The wider challenge we face is a long-rumbling crisis of centre-left parties across Europe, and more broadly, a crisis of western democracy. A lack of trust in political institutions and visible rises in inequality in the context of austerity and a declining welfare state have created anger. Anger at the ‘system’ — a system which is not delivering for citizens. The unfortunate result of this anger is a growing fear of the ‘other’,  a fear which is legitimised through nationalist and populist movements.

Large parts of the country have had no answer from politicians for the past 30 years to what is happening to their communities. There has been no vision nor offer to address deindustrialization and the adverse affects of globalization – and this will only get worse with the speed and scale at which technology is changing our economy. It is no wonder that immigration and the EU became scapegoats.

So secondly, not only do we need a robust defense of our internationalist values, but also a proactive approach to ensuring that the benefits of globalization are more evenly distributed, that job opportunities and support are available to communities that feel left behind. And this needs to be reflected in our messaging. We must reframe the debate on globalisation to focus on opportunities, not just threats, and the power of democratic government to challenge vested rich and powerful transnational interests.

I’ve been struck by the interest shown in Brexit from people around the world I’ve spoken to. For many of them it is a demonstration of the same worrying trends that are emerging in their own countries – and what might happen.

People around the world have the same worries and fears. It is when we pander to these fears rather than tackle them head on that we slide backwards.

We are at a crucial tipping point. Unless we begin to defend the values that we hold so dear, that define generations of struggle and provide the best hope of prosperity for the next, then we run a serious risk.

The next generation will suffer the consequences of rising nationalism and isolation. History shows us that when these trends prevail everyone suffers. It is Labour values of cooperation, solidarity and internationalism that can save us from backsliding.

In the wake of Brexit, Tory politicians are queuing up to say that now, more than ever, Britain must be an outward facing nation engaging with the world.

It’s time for Labour to recapture that space. 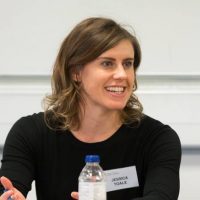