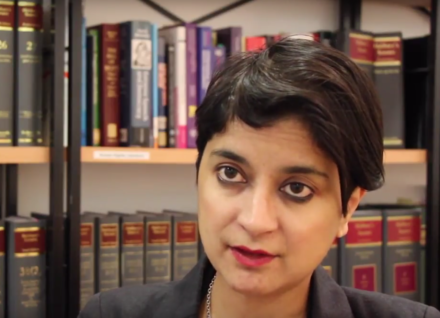 Shami Chakrabarti has been nominated by Labour to become a member of the House of Lords in the latest round of honours.

Chakrabarti, who became a Labour member after she was tasked with conducting an inquiry into the problem of anti-Semitism within the party, is the sole peerage put forward by the opposition leadership in David Cameron’s resignations honours list.

She has been a high profile figure in UK politics for over a decade, having worked as director of human rights group Liberty for 12 years, before standing down in March this year. In April, she was asked to take on the responsibility of heading up the inquiry into anti-Semitism and other forms of racism in the Labour Party.

The move has already raised eyebrows, with some suggesting that it was not appropriate for her to be elevated to the Lords after having carried out the inquiry, which found that Labour was not “overrun” by a problem of anti-Semitism.

A spokesperson for Jeremy Corbyn said:

“Shami Chakrabarti shares Jeremy’s ambition for reform of the House of Lords. Her career has been one of public service and human rights advocacy.

“Her legal and campaigning skills, and the trust that she has gained from many ordinary Britons, will be a considerable asset to the House of Lords. Brexit will put many hard-fought rights at risk, so it is crucial that those equipped with the right skills are given the opportunity to hold this Government to account.”

The only other Labour figure in the honours list is Will Straw, who stood as a parliamentary candidate in Darwen and Rossendale last year and ran the Remain campaign in the EU referendum. He will receive a CBE.