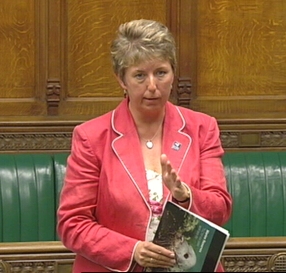 Last night Labour crashed to a really shocking defeat in Mosborough in Sheffield.

The by-election was caused by the tragic death of hard-working local councillor Isobel Bowler. She had worked hard for the community she served, helping hundreds of residents in her ward and thousands across the city, even winning funds for two brand new leisure centres. She had fought hard for local people and helped lead campaigns against Tory cuts which are hitting our city so unfairly. And she campaigned non-stop in her ward too. If anyone had left a strong foundation for Labour, it was Isobel.

We had a brilliant candidate in Julie Grocutt, a former police officer and trade union rep. She’s a town councillor in Sheffield with a well-deserved reputation for community service. She’s a phenomenal campaigner too, putting petrol in her car to campaign across Sheffield and Barnsley for Labour.

Her years of hard work meant Labour members came out to help her campaign. We knocked on more doors and delivered more leaflets than in most council by-elections I can remember.

Until last night, we had all three councillors in the ward. And with a great candidate and a good campaign, we should have held the seat, so there’s no point pretending this was anything other than a crushing defeat. A terrible setback. And failing to listen hard to what the voters told us would be criminal.

Anyone who knocked on doors in Mosborough will tell you very clearly why we lost. Traditional Labour voters refused to vote for Jeremy Corbyn. I knocked on door after door and heard the same message. Even yesterday, as we were knocking up to get people to the polls.

“Sorry love,” a former steel worker who’d voted Labour all his life told me, “I just can’t vote Labour with that man in charge”.

On the doorstep I met people affected by benefit cuts, relying on food banks or struggling to find work. I saw how the Tories’ cuts are destroying crucial local services. But I also met people who have voted Labour through thick and thin but are turning their backs on our party because they just do not believe Jeremy will ever be a credible candidate for prime minister.

Too many residents told me they thought he was weak. They think he is not capable of leading the Labour Party, let alone the country. They can’t imagine him on the doorstep of Number Ten welcoming an American President – let alone negotiating with Putin.

Others told me he was out of touch on issues like welfare or immigration and that they wouldn’t trust him with the economy or the country’s defences.

Residents in Mosborough told us the same message as voters across the country are telling the pollsters.

Jeremy has got the worst ratings since polling began. Even Owen Jones, one of his strongest supporters says, “Jeremy Corbyn began his term in office as the first Leader of the Opposition ever to have a negative personal rating. His ratings slid from there.”

Some 29 per cent of people who voted Labour in 2015 say they will not vote for him.

Out of 89 opinion polls under his leadership, we’ve been behind in 85.

We had the worst local election results for 30 years.

Of course, the leadership election, the resignations and the division don’t help. No one could pretend otherwise, but they are reactions to our terrible position, not the cause of it.

His supporters tell us that he’s won Parliamentary by-elections, but these were all in Labour seats.

They point to his rallies, but cheers from your supporters clearly don’t translate into votes at the ballot box. Just three weeks ago he spoke to the converted in Barkers Pool Square in Sheffield and a fat lot of good that did. Perhaps he should have brought them out to knock on doors and listen to the public instead.

They claim that he has motivated a huge number of people to campaign for Labour, and it’s true that 40 people were in Sheffield in a Momentum phone bank last night. Unfortunately, while we were knocking on doors and ringing residents to get them to vote Labour, they were ringing members asking them to vote for Jeremy.

I know lots of members disagree with me about Jeremy. All I ask is that we stop talking to ourselves, come out campaigning and listen to people whose trust we need to win back.

That’s the only way we can avoid a lot more terrible defeats like last night’s in Mosborough.

Angela Smith is MP for Penistone and Stocksbridge

View all articles by Angela Smith