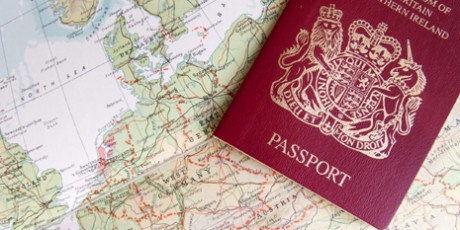 Even if some of us have been disturbed by Theresa May and Amber Rudd’s horror show headlines this week, we should not be surprised.  For the Conservative party over the past decade, immigration has been the keystone of any election campaign.  In 2005, Michael Howard’s billboard campaign asked the public: “Are you thinking what I’m thinking: it’s not racist to impose limits on immigration”. In 2010, a resurgent Tory party pledged to cut net immigration to “tens of thousands, rather than hundreds of thousands”. And in 2015, a referendum on the EU was pledged alongside a commitment to “control immigration and put Britain first”.

In the referendum itself, the Leave campaign’s slogan “take back control” claimed to speak to the group of British people that felt that free movement of people across European Union country borders had been to the detriment of local wages, public services and housing supply.

But in reality, recent polling by Lord Ashcroft shows that it isn’t so much a person’s circumstances that drove the vote for Brexit: a better predictor of a Leave voter was their judgements about values.

Lord Ashcroft’s polling found that of those people who agreed with the statement that multiculturalism was a “force for ill”, 81 per cent of them voted leave.  Only 29 per cent of those who thought it was a force for good did so. Social liberalism and feminism fared equally, with 80 per cent and 74 per cent of their critics voting leave respectively, compared to 32 per cent and 40 per cent of supporters.  Demographic data shows other patterns but not quite such stark results.  The polling reports 60 per cent of those over 60 voted Leave, and 64 per cent for Leave in C2, DE social classes.

Looking at these numbers, it is hard not to see the Leave vote as a consequence of attitude, not just situation.  And what’s more, anti-immigrant sentiment clusters in areas with low immigration.  If the cause of immigration concern was mainly the impact on the local economy, surely we would expect to see low support for immigration in those areas where immigration is highest?

But this is not the case.  What is true is that – as Chuka Umunna pointed out –  anti-immigration and Leave support does peak in areas that have seen a high rate of growth in migrant numbers, but it is also high in areas that haven’t seen high growth rates.

Too often then in politics, I think we look at what people are telling us about migration and look for simple answers in economics where they cannot be found.

It is not just because at the macro-level, it is hard to demonstrate that immigration creates downward pressure on wages.  Because of course, if an individual person feels that they have lost out because of competition from migrant workers, they will worry about that.  That’s fair enough, and cannot ever be dismissed, even if we all benefit from the aggregate level of immigration.

But in addition, it is also the case that if immigration reduces the dependency ratio of the retired population on the working age population, our public finances will be much more robust. People coming here to work means more taxes coming in.  And that’s good for pensioners, schools, hospitals and so on. Unless we are all going to have a lot more children quite soon, immigration is necessary to keep older people out of poverty and in good health.

So, I think that we can answer this question if we look at immigration in a different way.  Of course Governments have to have proper control over borders and manage work permits (ignoring illegal immigration just for the moment, though the Tories’ failings on this should not be overlooked), and we can choose whether the EU single market and free movement that is part of that is the right choice for our country.  But in the end, if there are no jobs for migrants to come to, the best form of immigration control is a declining economy. Because in truth, migration to Britain for work is a variable that’s dependent on other economic factors, not a root cause. See immigration as true economic phenomenon rather than a political one, and you find that it is the consequence of two factors: a growing economy, and a shortage of skilled workers.

Now, for some Leave voters, polling data also says that they are prepared to take – themselves – a financial hit for reduced immigration. Well, supposing Theresa May brings about Hard Brexit, we may see this polling data tested in practice. Personally I think that would be a disastrous error for our country, not least because of the impact on public finances.  How will we afford the triple lock on pensions? By how much will child poverty rise? What will the impact be on funding the health service?

But there is still a legitimate question to be asked as to whether in an ideal world we could fill some of the skills gap that causes businesses to be able to offer work to those who aren’t already here in Britain.  So we need a plan for a successful British economy in the future and a way to include everyone in that success.

And this is where I think Labour must begin.

Firstly, we need to recognise our historic role in standing up for our values and taking on xenophobia, racism and hatred.  After all, today’s Polish people are in just the same place as yesterday’s Irish immigrants once were.  Our party believes in solidarity, after all.  Take a quick look down the list of Labour MPs, council leaders, and others and you’ll see that it’s not just our country that has been built by immigrants and their children: our Labour movement has been too.  Something we should be proud of on both counts.

And secondly, we need to recognise the failings of global markets that – without a well-resourced state – leave too many people behind, unable to get the skills they need to make a decent living, or bound up in caring responsibilities that curtails their chances. So a campaigning Labour movement is needed more now than ever before.  We cannot let the Tories get away with damaging our country.