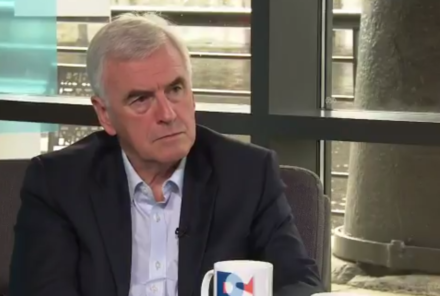 John McDonnell will today warn of the impact of a Tory “bankers’ Brexit” which delivers sweetheart deals for the City and big business.

The shadow Chancellor is expected to lay out his vision for a “people’s Brexit” and say only Labour can make an economic success of Britain’s withdrawal from the EU.

McDonnell will use the speech at the Institution of Mechanical Engineers to accuse the Tories of offering a “bankers’ Brexit” which will deliver special deals for big business whilst doing nothing to safeguard the interests of manufacturing and smaller firms.

He will also ridicule Theresa May’s ability to command public trust, citing her flip-flop over Heathrow’s third runway – as Home Secretary she expressed her opposition to the expansion in now deleted pages on her website.

“If she is willing to turn her back on her constituents to satisfy the Conservative establishment, then how can we take on blind trust that she will seek a Brexit deal that benefits everyone in our country and not just Tory special interests?,” McDonnell is expected to say.

He will also set out his own economic vision, ensuring that no community is left behind by Brexit and that “Labour is committed to serious investment in our country that would make sure our economy can power through the stresses of Brexit”.

He is expected to reach out to Conservative voters, saying that they do not want the version of Brexit where the UK becomes the “Singapore of the North Atlantic”, and that their interests are quite unlike the Tory establishment.

He will warn of the risks to employment rights and of a TTIP deal “that would keep in place the backdoor privatisations of our NHS”. He is expected to make clear that cross European cooperation would continue, “to protect our key industries like steel, and broker deals… to make sure big multinationals like Google pay their fair share in tax.”

He will add: “Labour will take back the economic levers of power currently in the hands of the EU, such as over state-aid rules, and return them to the people.” 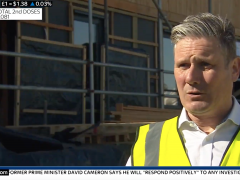