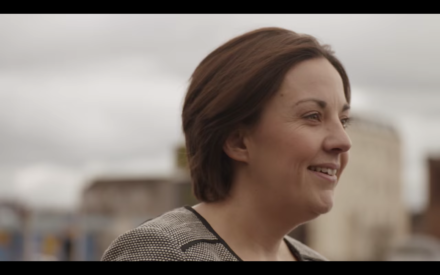 This is the full response to the Autumn Statement issued today by Scottish Labour leader Kezia Dugdale.

We were promised a different kind of Tory government, but today’s Autumn Statement could easily have been delivered by George Osborne. Missed targets, lower growth and higher borrowing – that’s the record after six years of Tory government. The Tories’ reckless pursuit of a hard Brexit will only make things worse in the years to come.

This Autumn Statement was more of the same old Tory mantra – cut, cut and cut again. The chancellor could have announced an end to the austerity which is damaging our public services and holding back working families. He could also have announced major new investment in the North Sea oil and gas industry to protect jobs and the local economy.

Yet Philip Hammond did none of these things. The same cuts to public spending remain in place, which will put at risk the chances of people who just want to get on in life. The reduction in the taper rate for universal credit will only return a fraction of what has been taken from working families. And the chancellor’s failure to reverse cuts to ESA leave disabled people worse off at a time when what they really need is support from government.

City Deals for Stirling and Edinburgh are welcome steps. It is vital that both the UK and Scottish governments get on with delivering both deals without delay.

The new powers of the Scottish Parliament mean we don’t need to implement Tory tax choices. Scottish Labour opposes the increase in the higher rate tax threshold at a time when spending on public services like schools and hospitals is being cut. It’s the wrong priority at the wrong time. Scottish Labour has repeatedly called for a 50p top rate of tax on the richest few earning more than £150,000 a year, so we can invest in education. That’s the right choice for Scotland.

When the Scottish budget is published next month SNP ministers must not simply pass on these Tory cuts. The Scottish Parliament has the powers to make different choices from the Tories. Labour will oppose any SNP budget that seeks to make further cuts to spending on public services in Scotland.