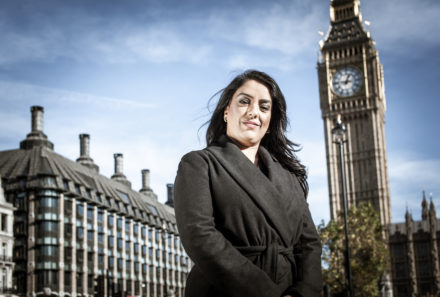 Naz Shah will appear in a new documentary which goes behind the scenes of constituency life and shows the social problems facing MPs’ constituents.

The Channel 5 show takes a closer look at what MPs do in constituency surgeries, examining casework and helping local people.

Shah, who was suspended from the Labour party in April over anti-Semitic comments made before she entered parliament, has since been reinstated to the Labour whip, after she apologised and took steps to learn more about anti-Jewish prejudice.

In the documentary, Shah speaks of the importance of the constituency MP link saying: “[In] the majority of cases, people who come to an MP, you are literally their last resort. They’ve knocked on every other door and you’re the only door that they have any faith left in.”

“Some of the stories you hear are so sad. You sit there and your eyes are welling up while the constituent is sat there. That’s because you’re human and your heart bleeds for them. Those are the high impact ones and that makes your realise how blessed you are to be in this position that they’ve come to you and you can help them. It’s a real privilege.”

“I think it would be an absolute travesty of justice if MPs couldn’t see their constituents because we’re there for them.”

MPs: Behind Closed Doors will be on Channel 5 this Monday at 9pm