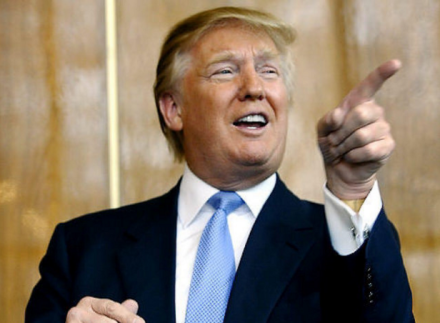 Figures from across the left of British politics are mounting a wave of protests in response to President Donald Trump’s ban on migrants from seven majority Muslim countries.

Owen Jones, the columnist and Labour supporter, has organised an event in London outside 10 Downing Street, to stand in solidarity with those who are targeted by Trump’s executive order.

Speakers will include shadow business secretary Clive Lewis and the former Labour leader Ed Miliband. Shadow attorney general Shami Chakrabarti will also address the event, which so far has 18,000 attending on the event page.

Various other figures are attending, including SNP MPs Mhairi Black and Tasmina Ahmed-Sheikh as well as Green MP Caroline Lucas. Comedian and daughter of Iranian refugee Shappi Khorsandi is also expected to speak.

It comes after Trump signed an executive order which immediately halted America’s refugee program, alongside all migrants from seven majority Muslim countries including Iran, Iraq and Syria.

There was confusion, however, as to whether this would also effect dual nationals, which would have included Britons such as Sir Mo Farah, the long distance runner and reigning double Olympic champion, and Tory MP Nadhim Zahawi, who was born in Iraq. It was later clarified that it would not.

There are protests planned in many major British towns and cities including Edinburgh, Glasgow, Manchester, Leeds, Cambridge, St Andrews, Bristol, Hastings, Warwick and Cardiff, amongst others.

Meanwhile, a petition calling for Trump’s invitation to a state visit to Britain to be revoked has reached over a million signatures.

Momentum and Labour Students are two Labour groups seeking to galvanise their members for these demonstrations. Many Labour MPs have expressed their disdain for Trump’s policy over twitter.

David Lammy, MP for Tottenham, tweeted: “Sign the petition. March. Lobby your MP. This isn’t about exemption for UK citizens. We are much better than this” alongside a link to the petition to withdraw the invitation to Trump for the state visit.