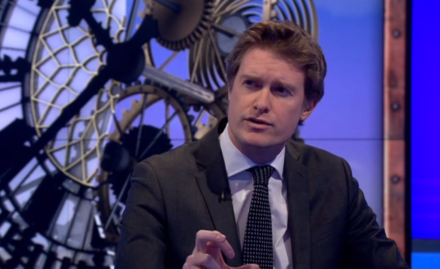 Tristram Hunt has stepped down as Labour MP this morning, triggering a by-election in his Brexit backing Stoke seat.

Hunt will be starting a job as director of the Victoria and Albert museum later this year, and his resignation comes only weeks after Jamie Reed left his Copeland seat.

Tom Watson said in a statement to LabourList: “I am disappointed to see a talented MP like Tristram step down. His departure will be keenly felt by parliament and by the Labour Party but I know he will continue to champion Stoke-on-Trent’s proud industrial heritage in his new role at the Victoria and Albert Museum. The Labour party will move swiftly to ensure Stoke on Trent Central continues to be represented by a strong and capable Labour MP.”

Jeremy Corbyn said in an official statement: “I would like to thank Tristram Hunt for his service to the people of Stoke-on-Trent Central and to the Labour Party. I wish him well in his future role at the V&A.”

Ruth Smeeth, member for neighbouring Stoke on Trent North said in a statement: “For me there is no greater privilege than representing the people of Stoke-on-Trent and I can’t begin to imagine why anyone would walk away from that. I’m sorry that Tristram is stepping down but I wish him the best and I know he’ll continue to contribute greatly to public life as the new director of the V&A museum.”

“He leaves behind a track record of delivering for Stoke-on-Trent: saving the Wedgwood Collection, securing tax breaks for the ceramics industry, and helping to create a state of the art Maths Hub to improve our schools.”

“I hope the Labour Party will act quickly to select a strong, local candidate who can continue Labour’s record of standing up for the Potteries. Now more than ever we need a Labour MP to champion Stoke-on-Trent Central in Westminster, to stand up for our NHS and to fight Tory plans to cut our childrens’ centres.”

Really sorry to see my friend @TristramHuntMP step down. We’ll miss his smarts, grasp of history, good humour & comradeship in the PLP

Parliament will miss @TristramHuntMP: a talented, thoughtful & considerate colleague. Respect his decision, but a loss to the Labour Party. https://t.co/zVGeTPSbtx

I will miss Tristram and think parliament will too. Good luck

John Woodcock, MP for Barrow and Furness – near to Copeland which will see a by-election soon prompted by Jamie Reed’s resignation – said on twitter:

So sad to lose Tristram Hunt from parliament but V&A director is amazing challenge.