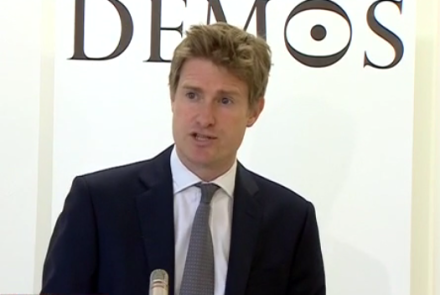 Tristram Hunt has resigned his seat as Labour MP for Stoke on Trent central, to become director at the V&A.

Hunt, who joined the commons in 2010, is taking up a job as the new director at the Victoria and Albert museum later this year, reports Politics Home.

His resignation comes weeks after Jamie Reed stood down from the Copeland seat in Cumbria. Both men are thought to be against Jeremy Corbyn’s leadership.

Hunt held the seat in 2015 with a majority of 5,179 votes. The Conservatives came third to UKIP with just 33 votes between them.

He worked as historian and lecturer at Queen Mary’s University London, and has published numerous books.

Hunt left the shadow cabinet when Corbyn was elected leader, saying to the Press Association that he did so because of their “substantial political differences”.

“We need to congratulate Jeremy on his victory. He has won fair and square and within the rules. He has won handsomely. Now he needs the respect and the space as Labour leader to build his team and go forward,” he added at the time.

Stoke on Trent backed leave heavily, with 69.4 per cent voting to leave the EU.

Hunt served on the front bench under Miliband, as shadow education secretary.

The chair of the V&A said of Hunt’s appointment: “On behalf of the Trustees, I am delighted to announce the appointment of Dr Tristram Hunt as Director of the Victoria and Albert Museum.”

“He has a highly compelling mixture of experience across public life, the arts, history, education and academia, and knows our collections well from his writing and broadcasting.”

“In addition, he is an informed and articulate leader and communicator on numerous facets of culture, both historic and contemporary, and I greatly look forward to working with him at the V&A.”

The Stoke central seat would be abolished under proposed boundary changes.