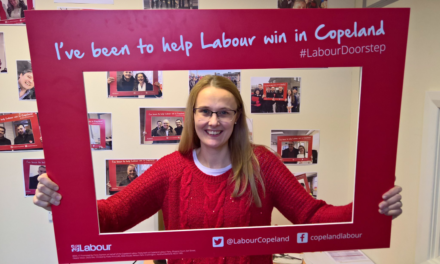 Yesterday in Cabinet Office questions in the Commons, the Labour Party challenged Tory ministers on their plans to trial the use of requiring ID in polling stations at the local government elections in May 2018.

The Tories announced this trial in December and claimed it was an attempt to tackle voter fraud allegations. Local authorities will be invited to apply to trial different types of identification, such as driving licenses and passports. If successful, the measure could be introduced for general elections and other polls.

While Labour supports measures to tackle electoral fraud, requiring voters to produce specific forms of photo ID risks denying millions of electors a vote. The Electoral Commission in 2016 reported that 3.5 million electors – 7.5 percent of the electorate – would have no acceptable piece of photo ID. We must not underestimate the significance of this.

By introducing strict identification laws, there is a risk of disenfranchising disadvantaged and vulnerable groups, those already most excluded from the political process. Academics in the US have evaluated the impact of requiring voter ID on turnout, and have established that it depresses turnout particularly amongst poorer groups. In the case of the UK, this will also mean that young people and certain ethnic minority groups will vote less as a consequence.

There is also no evidence to suggest that electoral fraud is widespread in the UK. A total of 665 cases of alleged voter fraud and complaints about elections last year, out of a total of 51.4 million votes cast in all electoral contests in that period. That is only 1 case for every 77,000 votes cast, and of the 665 cases, only 130 related to voting offences!

When questioned on this, Chris Skidmore, minister for the constitution, admitted that voter fraud was not a significant issue. The minister argued that the trials were more about tackling the perception of electoral fraud and installing confidence in our electoral system. However, according to new research from the Electoral Commission, voters do have faith in democracy; 73 per cent of people interviewed believe voting is currently safe from fraud and abuse, and just eight per cent say that they believe electoral fraud is very common where they live.

The Electoral Reform Society dismissed the voter ID trails as “a sledgehammer to crack a nut” and urged the government to think very carefully before introducing barriers to voting. Local Authorities have also started to challenge the Government.

On January 26, Blackburn with Darwen Council passed a motion in opposition. According to the council, the changes represented an “unnecessary attack upon the democratic rights” of their constituents and the changes will require “expensive bureaucracy” and present “serious operational problems for polling clerks”. Pendle Council has also called for a re-think on government proposals and Burnley Council is currently considering putting forward a similar motion.

The government should be doing all it can to encourage lawful voting and ensure a high turnout. Would it not be better for the government to pilot projects designed to increase participation, rather than putting up further barriers to democracy?

Now is the time to do this. People have become increasingly politicised since the EU referendum. Britons turned out in huge numbers to vote on their future in the European Union, with 72.2 per cent of registered voters casting their ballots in the referendum. Contrary to common belief, the youth turnout in the EU referendum was as high as 64 per cent, an increase of 20 per cent from the general election.

We must build on this enthusiasm and encourage greater participation in the political process. As Labour’s shadow minister for voter engagement and youth affairs, I plan to challenge this policy and protect the interests of disadvantaged and vulnerable groups of genuine electors.

Cat Smith is Labour MP for Lancaster and Fleetwood and shadow minister for voter engagement and youth affairs.