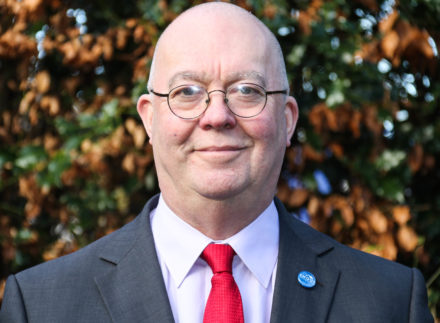 Labour members have chosen a local councillor and Unite activist as the party’s final metro mayor candidate before elections are held in fewer than three months’ time.

Kevin Price has been selected for Cambridgeshire and Peterborough. He completes the line up of metro mayors, with the elections to be held alongside local authority polls in May.

Price beat fellow councillor and solicitor Fiona Onasanya to selection. He is a Cambridge city councillor and deputy leader of the council, who played a key role in negotiating the devolution deal for the region. He secured a landmark housing grant in the deal with £100m for housing associations across the area and £70m for Cambridge. This is the only devolution deal to include funding for new council houses.

Price, a Unite member since 1974, has worked as a porter at Clare College, Cambridge since 2006, and lives with his partner in Cambridge.

He said: “I am very grateful to Labour members across Cambridgeshire and Peterborough who have put their trust in me to fight the mayoral election in May.”

“Decisions taken in Westminster have failed our region and I look forward to making the case that, under Labour, we can do a far better job of running it ourselves.”

“It doesn’t have to be a choice between growth and prosperity for some whilst others are left behind, and under a Labour mayor it won’t be. Tackling poverty and inequality goes hand in hand with sharing Cambridge’s growth across the whole area, tackling the housing affordability crisis and delivering far better road, rail and bus services for all.”

The announcement of the selection was unexpectedly delayed from Friday.