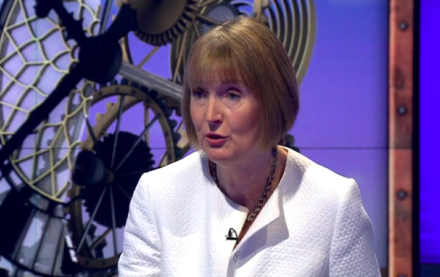 This is the speech delivered by Harriet Harman during the article 50 debate in which she demanded permanent residence rights for EU citizens who were lawfully in Britain at the time of EU referendum.

This is about 3m people and their families – EU citizens whose future here has been thrown in to doubt by the decision in June that the UK should leave the EU.

There’s nothing about the cloud of uncertainty that they now live under which is their own fault and we can if we agree this new clause, put their minds at rest and let them look to the future.

Hon members on all sides of the House will know the people whose lives we are talking about here. Some, like those from France and Spain have been here for decades. They have children and grandchildren living here. They work and are part of their local community. It is unthinkable that they would be deported, families divided, because we’ve decided to leave the EU. So let’s put their minds at rest and assure them, and their families, that our decision to leave the EU won’t change their right to be here. Their anxiety is palpable, like the Italian woman, my constituent who came to see me.

Some, like those from the countries that came more recently into the EU like Poland, Romania and Bulgaria are working in sectors that couldn’t manage without them, in agriculture, in care homes and in our tourist industry.

This ongoing uncertainly around the status of EU workers is already causing greater exploitation of vulnerable EU workers. Last week, in appearing before the Joint Committee on Human Rights, Margaret Beels, chair of the Gangmaster’s Licensing Authority, said that evidence is coming in to them that gangmasters are telling fearful EU workers that they can’t complain about not being paid or being subjected to unsafe conditions because if they do they’ll be deported as they no longer have the right to be here.

It’s no good the government issuing warm words. They need certainty. They work in every part of our private sector, they contribute to our creative industries, they are artists and musicians.  They work in our public services. If you’ve been in hospital recently you will very likely woken to find a Spanish or a Portuguese nurse at your bedside. If you’ve got an older relative in a care home you’ll very likely seen them being cared for by someone from Eastern Europe.

It’s not just they and their families that are worried about the uncertainty that is hanging over them. So are employers for whom they are working. How will our NHS find the nurses we need if they are not allowed to stay. It’s not as if we’re training them ourselves. This year, with the cuts in bursaries, nursing student numbers have fallen by 23 per cent.

This new clause is quite simple.  It says that if you were a lawful resident here before the referendum decision on June 23rd, then your rights of residence will remain unchanged.

We need this clause in the bill because the government has been sending out mixed messages. On the one hand they say no-one who’s lawfully here has anything to worry about. On the other hand they say that they can’t commit to giving them residency rights because their future must be part of the negotiations. I just cannot feel that it is any way right to use the lives of 3m people and their families as a negotiating chip. They and their families are not pawns in a game of poker with the EU. They cannot be used as a human shield as we battle it out in Europe. We must decide what is fair and right for them and then do it. If the government rejects this new clause then EU citizens will be right to draw the conclusion that their right to continue to live here will be snatched away if our government doesn’t get what we want for our UK citizens living in each of the other countries of Europe.

This new clause is not only the right thing to do as a matter of principle, its legally necessary. The government cannot bargain away people’s human rights. The right to family life is guaranteed by Article 8 of the European Convention on Human Rights. If the government tried to bargain them away, EU citizens living here would be able to go to our courts and seek to establish their rights to remain under Article 8. If even 10 per cent of those here did that, that would be 300,000 court challenges. There is no way our court system could begin to cope with that.

This new clause arises out of the inquiry of the Joint Committee on Human Rights.  I hope that the government will accept it.  But if not I urge members of all parties to support it.

Harriet Harman is Deputy Leader of the Labour Party.

View all articles by Harriet Harman