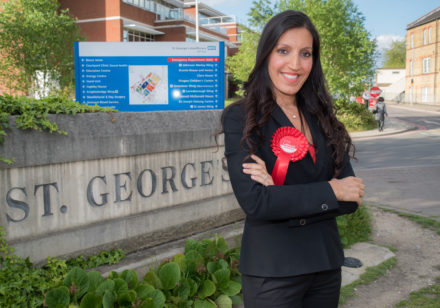 This is the message posted by Rosena Allin-Khan on her Facebook page as she announced she would vote against article 50 in the Commons.

Hundreds of people have contacted me about tonight’s vote and Brexit in general and so I want to share how I will be voting on the government’s bill to trigger article 50 and explain my decision.

Despite having voted and campaigned passionately to Remain in the EU, I do not believe the fundamental question of this vote is to re-run the EU referendum campaign.

I believe the fundamental questions at the heart of this vote are this: how do we best reflect the will of the British people? How do we preserve and advance the idea of a representative democracy?

The health of our democracy at this point is critical: distrust in our politics has never been higher. The EU referendum introduced huge uncertainty into the understanding of our political system. David Cameron’s total failure of leadership meant it was never clear to the public what the relationship between the referendum and Parliament would be.

And yet, given the scale of the change we’re about to go through, we need our political system to work properly more than ever.

The UK’s political system is based on the essential idea that an MP represents the interests and will of the constituency that elected them to Parliament.

On this bill, I believe the referendum means that we, as MPs, must vote not on our judgement of what is in the interests of our constituents, but instead on what we understand their will to be.

So, while I fully expect Parliament as a whole to vote to trigger article 50, I will vote against triggering article 50.

As long as I am MP for Tooting, I will represent the will and interests of its people faithfully and to the best of my abilities. That is the commitment I made during last year’s election and one I will not back away from.

I also believe this decision honours our democracy: respecting both the referendum result as a whole and the principle of a representative democracy. To do anything else would be to undermine people’s faith that they have a voice in our political system.

Through her impulse for autocracy and total control, Theresa May is already undermining our politics further. She may like to pretend the Referendum was a landslide or a whitewash, but we know it wasn’t. She may want to claim every person who voted Leave voted for the same concept of a harsh and extreme Brexit, but we know they didn’t.

In doing so, the prime minister has also set people against the idea that once votes have been cast, the decision of the majority is respected, but what follows must be done in the best interest of all. Yes, the decision to leave the EU was made by 52 per cent, but the form of Brexit must take the interests of 100% of our people into consideration.

That is her duty as prime minister and Theresa May is currently not fulfilling it.

It’s becoming clear that the prime minister is pursuing an extreme version of Brexit that she does not have a mandate for. Everything is up for grabs: from our economy, the single market and workers’ rights to the NHS and the rights of our friends, family and colleagues who happen to be EU citizens.

The many benefits of the relationship with the EU have not just disappeared. As we work out the future of the UK, we have to fight for what we believe and for our interests. Brexit will change our country, but it doesn’t have to destroy everything great about it.

And that starts in standing up for the principle of a representative democracy in this vote so that everybody has a voice.

That is why I will be voting against triggering article 50 – to faithfully represent the people of Tooting in parliament.

And it is why after parliament as a whole votes to trigger article 50, as I fully expect, I will ensure that the people of Tooting have a constructive voice in how the UK leaves the European Union so that we protect the things we cherish.

I hope that you can understand my decision and that we can work together as the UK charts its course through the great challenge ahead.

Wishing you all the best, 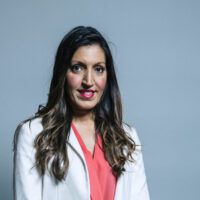 Dr Rosena Allin-Khan is MP for Tooting. She is currently running to Labour's deputy leader.

View all articles by Rosena Allin-Khan