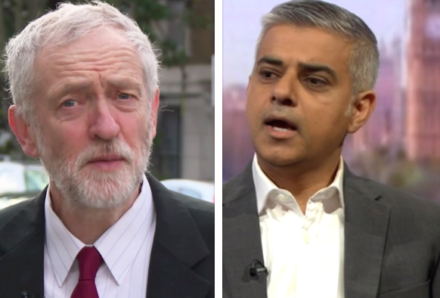 The Tories are gaining ground on Jeremy Corbyn in his London heartland, according to research published today.

Labour’s lead over the Tories has been shrunk to just three points in the capital, compared to 16 points in April last year.

Overall Corbyn has a net favourable rating of -44, worse than UKIP leader Paul Nuttall, with 18 per cent of Londoners thinking the Labour leader is doing well compared with 62 per cent feeling he is doing badly.

Corbyn’s favourability amongst those who voted for the party in 2015 is -35, and -7 even amongst current Labour supporters, according the Queen Mary University’s Mile End Institute polling.

Half of Tory voters think Khan is doing well.