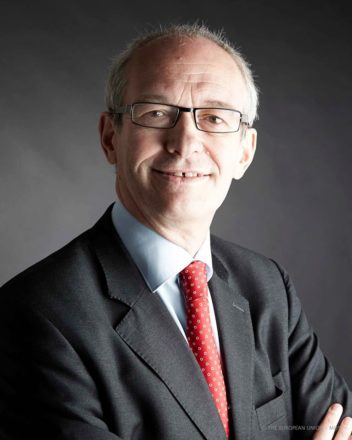 1. Whichever way our MPs voted on the principle of triggering article 50, the debate now moves on to confronting the reality of the hard, costly, damaging Brexit that the Tories are taking us towards. On that, all Labour MPs can unite in challenging the government’s plans.

2. There has been a change in perception of the electoral threat to Labour: rather than losing votes to UKIP, as many had feared, we are losing more to Liberal Democrats, partly because they have been clearer on Brexit than we have.

3. Grassroots members of the party, including those who joined over the last two years, are overwhelming anti-Brexit and many feel that we’ve not opposed the government vigorously enough on this subject.

So, when Theresa May triggers the negotiations on Wednesday, Labour should lay down some clear and definite red lines. We should announce that we will oppose any Brexit deal that:

– does not guarantee barrier-free access for our manufacturers to our main export market;
– fails to keep our universities in European research co-operation;
– ends the ability of our financial sector to passport services across Europe;
– doesn’t entrench the workers’ rights and consumer protection rules we have developed across Europe;
– hinders our hospitals from accessing radioactive isotopes for treating cancer
– stops our police forces cooperating with their counterparts through Europol to fight cross border crime
– leaves Britain facing a costly Brexit that damages our economy.

Nor should we allow May to fudge these issues by seeking a minimal “divorce” deal that leaves all the difficult issues to be solved at a later date. We would be buying a pig in a poke – leaving the EU without a solution to any of the main problems that Brexit throws up.

This week, Labour has an opportunity to show the public that it is not blindly supporting Theresa May in her headlong rush to a hard Brexit and that there are clear red lines between us and the government. We must seize the chance.

This piece was written before Keir Starmer’s announcement of Labour’s red lines on Monday.

Richard Corbett is MEP for Yorkshire and the Humber and Labour’s deputy leader in Brussels.

Richard Corbett is a former Labour MEP for Yorkshire and Humber who served as leader of the Labour MEPs between 2017 and 2020.