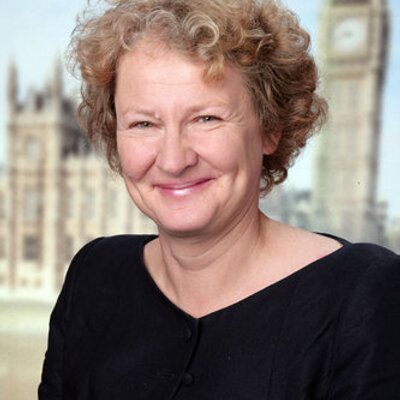 Despite being the fifth largest economy in the world, there were over a million people using foodbanks in the UK in 2015/16. It has been devastating to see the overwhelming rise in families, both nationally and in my constituency, who cannot even afford to feed themselves.

On a visit to one of the seven food banks in my constituency, I was given a list of the food that is allocated for two people to cover three days. The entire list consisted of:

Looking at this list I was very concerned about the nutritional value of the food being provided. I understand that part of the reason the majority of the food donations are tinned or packaged may be for the very practical reason that voluntary groups need to store the food. However, for thousands of people to have to survive for at least three days on such a diet appeared to me to be unhealthy and it’s even more of a problem, because often it’s the same families going back to the food bank repeatedly.

The University of Hertfordshire lab did two analyses – one a best case and one a worst case scenario. Both scenarios showed worrying results: for each adult for best and worst cases respectively free sugar intake would be 260% and 360% higher and for salt 29% and 86% higher than the recommended intake. The worst case scenario diet provided insufficient amounts of energy, fibre vitamins and minerals (folate, vitamin C and iodine). The University of Leeds lab results were equally unsettling, also highlighting that the diet would be far too high in sugar and salt and that the dearth of fresh produce meant it is likely to be lacking in minerals such as folate and zinc.

The University of Hertfordshire lab’s summary stated that “these intakes are not compatible with long-term health and are particularly of concern for women of child-bearing age due to potential consequences during pregnancy.” Tragically this is the case for so many women and families across the country.

Nutritional inequality in this country has also been reflected in the department of health’s own figures. In Public Health England’s most recent national diet and nutrition survey it found that fruit and vegetable consumption was significant lower in children and adults aged 19-64 amongst those in the lowest equivalised household income than the highest. Additionally the poorest women had significantly lower iron and protein intake than the richest, as was the case with the intake of calcium for the poorest men compared to the richest.

And it is not just nutritious food that the poorest in our society are unable to access. As depicted in the film I, Daniel Blake, many women simply cannot afford sanitary products. In a situation where they are forced to choose between feeding themselves and their family and being able to hygienically manage their period, many would choose the former. This can have serious health implications for these women, both physically and mentally. I have heard stories of people who have had to use rolled up socks, ripped clothing and even newspaper because they cannot afford sanitary products. For some this has even resulted in being prescribed antibiotics for resulting infections. Alongside this, these women are embarrassed, ashamed and fear of asking for help due to the taboo of discussing periods. This was epitomised in the recent report about a large number of girls in a school in Leeds truant and miss out on their education because they cannot afford sanitary products.

In response to a recent parliamentary question I tabled to the department of health about women requesting sanitary products on prescription, their reply stated that these items couldn’t be available on NHS prescription because they do not treat a medical condition. The answer also added that sanitary products “could be considered more appropriate for the social care of an individual.” As an issue deemed to be under the umbrella of social care rather than health, you may expect that the department of work and pensions does something for these women. But unfortunately this is not the case either. In response to my parliamentary question to this department, I was told that individuals should be able to spend their benefits how they like. I of course agree, but benefits are now so low that women are going without.

Many campaigners including my colleague Paula Sheriff have canvassed passionately on this issue. Following her discussions with Boots, the pharmacy chain has trialled an in-store donation point for sanitary products to be given to a local food bank, whilst providing contributions themselves. This is very admirable, however it should not be the responsibility of charities, companies and individuals to pick up the slack and it is time the government followed their lead.

It is not my intention to denigrate the hard work of selfless volunteers those who kindly provide donations. My intention is, however, to highlight not only the reality of the situation of those who have to use foodbanks but that the government should be doing much more to help these people. I have had several applications for parliamentary debates and questions to the government about foodbanks rejected, because the unfair irony is that the government is not directly “responsible” for their running so does not need to be held account for them. Yet it is very much their policies and years of austerity under the Tories that has created this burgeoning need for food banks. More must be done.

Helen Goodman is the MP for Bishop Auckland.

View all articles by Helen Goodman