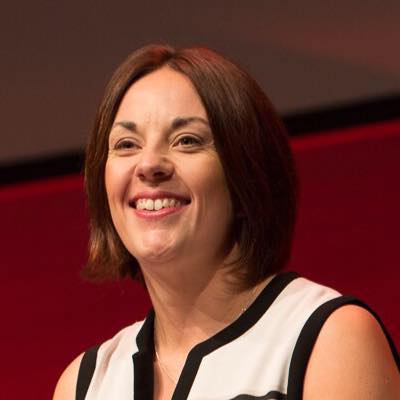 Today, the UK is more fragile than it has ever been. Yesterday, the Scottish Parliament voted for a second referendum on leaving the UK, just a day after talks over the future of devolved government in Northern Ireland broke down.

And in England and Wales, people across the country are looking on today as the Tory government presses ahead with Brexit, in full knowledge that without a plan people will be made worse off.

The future of our country has never been more at risk, and never been more in need of politicians who can bring us together, rather than exploiting divisions for political ends. People are sick and tired of divisive referendums, and sick of tired of the all or nothing approach to politics.

As Labour party politicians, members and activists – wherever you are in the UK – we have an interest in defending the future of the United Kingdom.

It is the best expression of our values of co-operation and solidarity and, in the right hands, offers the best opportunity to redistribute wealth and power to working people. It is not this union of nations which is intrinsically unjust or unfair, it’s the actions of the powerful within it.

That doesn’t mean that we believe in the status quo. Far from it.

In 1997, the last Labour government made the argument that we needed to renew our country – “New Britain” was as much a statement about how we would change the way our country was run, as it was a statement of a country that had modernised beyond the Conservative government.

We need to rediscover that radicalism, and the spirit of the Labour founders of devolution. They didn’t make an argument about power for the sake of it. They made an argument about how they would use powers to change the lives of people across our country.

Today at a summit in Cardiff, I will join Gordon Brown, Carwyn Jones and others to make that case.

As we debate the deal the UK does with the European Union, we also need to ask what the deal is that we will do with ourselves. Brexit demands that we ask whether our constitution is fit for purpose and where we go from here.

No one in the Labour party – in Scotland or elsewhere – came into politics to debate the constitution. But when the constitutional debate is now front and centre in determining the future jobs, opportunities and living standards of people across the UK, we have no option. Brexit – regardless of the deal – will change Britain forever.

Labour cannot, and will not, be absent from that debate.

The argument I will make in Cardiff today is one that I have been making since last year: every part of the UK has to be firing on all cylinders if we stand a chance of building a strong economy, raising living standards and keeping our country together. The UK is the best mechanism to deliver the Labour values we all believe in.

Economic power has to be spread across the UK and that means more political control in every nation of the UK. Power hoarded in Westminster and Whitehall – or even Holyrood – is no longer tenable after Brexit.

At the very least that has to mean that powers that currently sit with the EU in devolved areas – such as agriculture and fisheries – should go the devolved nations. I would go further. As the UK falls out of the social chapter, we need to ask if our devolved parliaments and assemblies should also have more power over guaranteeing our employment rights and protections. We also need ask the question about whether now is the time for more regional and national control of our immigration system. On both counts, I believe we should.

For the sake of the people Labour seeks to represent, their voices must be heard in this debate about the future of our country. The years we are living through now are probably the most significant since Margaret Thatcher ripped up the UK’s economic model in the 1980s.

This is a similar moment of threat, but it could also be one of opportunity, if Labour can make the argument for a United Kingdom renewed in line with our values, with a new federal settlement that brings political and economic power closer to working people. Power to be exercised in their interests and used in a way that rebuilds the trust between the government and the governed.

Today, I hope we will take another step in that direction.