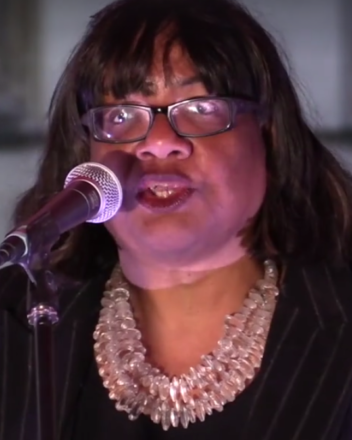 The Tories’ decision to use the future of EU nationals as a bargaining chip in Brexit talks is a disgrace, John McDonnell has said.

The shadow chancellor spoke out at last night’s demonstration which was called to urge the government to protect the residency rights of EU citizens living in this country.

He was joined by Diane Abbott and figures from Momentum, NUS, the People’s Assembly and Black Lives Matter.

Abbott, the shadow home secretary, appeared to make a comparison with wartime Germany when, in an echo of a poem by a Lutheran pastor, she said: “if they come for EU nationals in the morning, they will come for the rest of us in the afternoon”.

McDonnell said: “It is a disgrace that this government is trying to use [EU nationals] as some kind of bargaining chip in their negotiations. We will not let the Tories divide us. We will not allow them to split our communities and promote xenophobia.”

The emergency protest was called by Jeremy Corbyn although he did not attend, and sent his apologies, after Brexit bill votes in the Commons took place later than expected. Only around 150 people turned up, according to some reports.