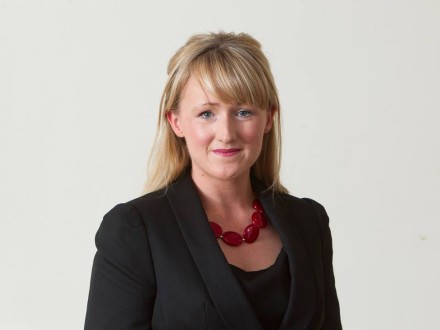 Labour has to make sure their message is cutting through to people, Rebecca Long-Bailey has said, otherwise there’s no such thing as a safe seat.

Long-Bailey, recently promoted to shadow business secretary in the post article 50 reshuffle, was speaking after Labour lost a council ward in a by-election. The ward lost, Graham Stringer’s parliamentary seat near hers, saw Labour’s vote share drop 21.5 points, with an independent candidate standing on a single issue taking 17.5 per cent of the vote.

“It was, it was devastating, we had a fantastic local candidate in a guy called Mike Pevitt but there was a very specific local issue there, I don’t know if you’ve heard of Salford City Football Club, Class of ‘92 invested a lot of money in it and there was quite a big issue about building a new stand and car parking issues in the locality. An independent candidate stood on that single issue and took a large proportion of the vote just on that matter,” she said on ITV’s Peston on Sunday.

She also addressed rumours that she’s being placed as potential successor to Jeremy Corbyn for leadership, saying: “It’s just so bizarre, Robert. I think we’ve got a leader, he’s been elected twice by the members of the Labour Party and I’m there to support him and make sure that he gets delivered as the next prime minister.”

She said about the forthcoming Gorton by-election: “I don’t think you can ever call a seat a safe seat nowadays, I think you have to work hard to convince the electorate that you’re the party for them and that’s certainly what we need to do as the Labour Party, we have to make sure that our message is cutting through, we have had a difficult 18 months, I don’t think anybody disputes that but if we unify now around a bold policy agenda I think we can deliver the change that Gorton and in fact the rest of the country needs.”