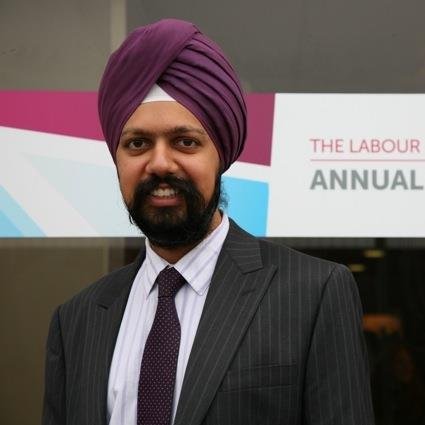 Labour officials have named a former local mayor in Kent as its candidate in Slough.

Activists hailed the choice of Tanmanjeet Singh Dhesi as a key moment in efforts to boost Sikh representation in the parliamentary Labour Party (PLP) but local members queried the choice given the expectation that a women would be chosen.

Fiona Mactaggart is stepping down at the general election and the Slough seat was earmarked as an all-women shortlist (AWS).

Earlier this week former shadow cabinet minister Rachel Reeves had indicated the Slough selection would use an AWS because the outoing MP is female,

“We’ve said that in seats where Labour women are retiring from Parliament, those seats will have all women shortlists,” she said, according to the Windsor Observer.

Jayne Lim, a doctor and vice-chair of Chinese for Labour, had been seen as the early frontrunner for the nomination.

Dhesi is the former mayor of Gravesham, in Kent, and also fought the area’s parliamentary seat in 2015.

“Good to see Labour effort to address the scandal of lack of Sikh representation in PLP in Slough and [Birmingham] Edgbaston selections,” wrote Luke Akehurst, secretary of Labour First, on Twitter.

Mactaggart posted a 7,336 majority in Slough in 2015 with the Tories in second place.

A spokeswoman for Labour said: “Tanmanjeet Singh Dhesi has been selected to be the Labour parliamentary candidate for Slough.

“Tan was born and raised in Slough; he is a seasoned campaigner for the Labour Party.

“The NEC considered the best applicants for each seat and took into careful consideration its requirement to select more women and people from BAME communities across all seats.

“In the 13 seats where Labour MPs have stood down, Labour has selected 10 women and three people from BAME communities as we strive to ensure that Labour’s Parliamentary Party better reflects the communities it serves.”