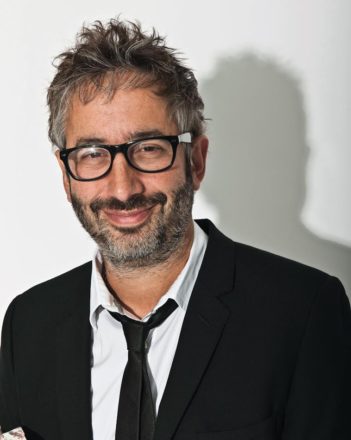 This is David Baddiel’s full article on Ken Livingstone which the writer, comedian and Labour voter posted on his Facebook page today.

I normally, as you know, post stuff on Twitter. But Twitter doesn’t give enough space for this. So. Ken. Here is the problem with what Livingstone said. Because a lot of people – the good people, of course, of the British Left – have been tweeting me to tell me that Ken just “stated a fact.”

Ken Livingstone did not state a fact. The statement “Hitler supported Zionism” is not a fact. It’s an interpretation. An interpretation of a particular historical moment, which is that, in the 30s, the forced emigration of Jews from Germany was pushed further along by various Nazi economic incentives allowing those who fled to Palestine to get some of their stolen assets back once in Palestine. So that is not Adolf Hitler supporting the idea of a Jewish state (even writing that sounds ridiculous). It is the Nazis taking advantage of the terror and despair of fleeing refugees, so as to get more of them to leave more quickly. It is just the thin edge of the wedge of Nazi horror. And the real problem, in a way, is the tone, of Livingstone, when giving this interpretation. There’s no sympathy. No compassion – no sense of the tragedy behind this. It’s just complacently presented as a deal, that Hitler made with German Zionists, and therefore – and this of course is the point, the banal, s**t point – a way of consolidating that Zionism is bad. Through an association with the top bad thing, Hitler.

What’s weird here is I am not, as some of you may know, a Zionist. I’m an atheist and I don’t hold with religion being the basis for statehood. And obviously, as all Jews have to say now, when talking about this f***ing subject, I do not support the appalling actions of the present Israeli government.

Mainly, in truth, though, I don’t care that much about Israel. I think, in fact, that it is anti-Semitic to assume that I have to care, or think about, or have a position on Israel, a country that, in the words of Morrissey, says nothing to me about my life. I don’t even think it’s a very Jewish place. In The Infidel, my film, a character whilst describing various types of Jews, says “And then Israelis – Jews without angst, without guilt – so not really Jews at all.”

But: I do care about anti-Semitism. And the problem is that an awful lot of anti-Semites – often unconsciously – do conflate anti-Zionism with anti-Semitism. Indeed, they often just conflate Israelis with Jews. Yesterday on Twitter, a chap called Kenard wrote to me that:

“Ken is an irrelevance with little influence, unlike a large number of Israeli’s who dominate the media and have done for decades.”

It’s clear, isn’t it, that Kenard really wants to say: Jews. But because he has a vague awareness that that isn’t allowed any more, he just substitutes the word Israelis. Or Israeli’s, because he doesn’t understand grammar as well as racism.

So that’s the problem with Ken Livingstone’s statement. The interchangeability of the words Zionist with the word Jew means that in saying Zionism Is Bad, which is what Livingstone wants to do, he emboldens Kenard, and all those like him. And, of course, he also, as I’ve said many times, reveals that sense that runs deep in the Left, that the Jews don’t quite fit into the category of The Oppressed, and so therefore don’t deserve the same protections and sympathy as other minorities in the face of racism against them. Livingstone himself has said this in the creepingly insinuating comment that anti-Semitism and racism are “not exactly the same thing”.

Anyway. Facebook provides too much space, really, for all this. I’ll leave with the words, shall I, of Adolf Hitler in Mein Kampf, before he went mad, of course, according to Ken. So exactly in that period when he was, as we know, supporting Zionism. This is what Adolf said in there. I may have as much of a tin ear for meaning as Ken has for anti-Semitism, but I can’t, for the life of me, make this out to be as pro the idea of the creation of a Jewish state as Livingstone insists it is:

“While the Zionists try to make the rest of the World believe that the national consciousness of the Jew finds its satisfaction in the creation of a Palestinian state, the Jews again slyly dupe the dumb Goyim. It doesn’t even enter their heads to build up a Jewish state in Palestine for the purpose of living there; all they want is a central organisation for their international world swindler, endowed with its own sovereign rights and removed from the intervention of other states: a haven for convicted scoundrels and a university for budding crooks.”

Thanks for reading. D

David Baddiel’s Olivier Award-nominated stand up show My Family: Not the Sitcom runs at the Playhouse Theatre in London until June 3.

View all articles by David Baddiel