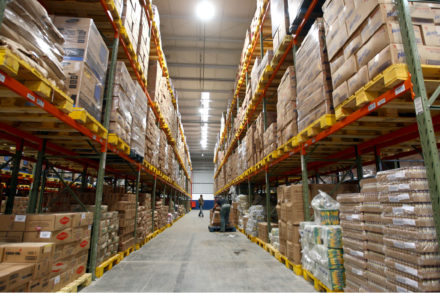 The SNP has paid millions of pounds to Amazon since taking office in 2007, new figures reveal.

The nationalists have paid the giant corporation £3.6m in taxpayer funded grants, which were not contingent on paying the living wage, Scottish Enterprise has uncovered.

The online retailer has hit the headlines in recent months for its poor employment practices, and Tom Watson used his Co-Operative party conference speech to highlight the use of trackers on employees to maximise productivity – at the expense of their wellbeing.

Scottish Labour’s economy spokesperson Jackie Baillie said: “The SNP government should be doing everything it can to ensure more Scots get a pay rise – instead ministers have channelled millions of pounds of taxpayer cash to a company with a horrendous record on workers’ rights.”

“The SNP government must now review the support it is giving Amazon. ”

“Securing good quality, well paid jobs should be the best use of enterprise grants, not boosting the profit margins of global companies.”

“Labour’s plan for a fairer, stronger economy would mean extending the Living Wage to more jobs – and never supporting companies which won’t pay a fair day’s wage for a fair day’s work.”