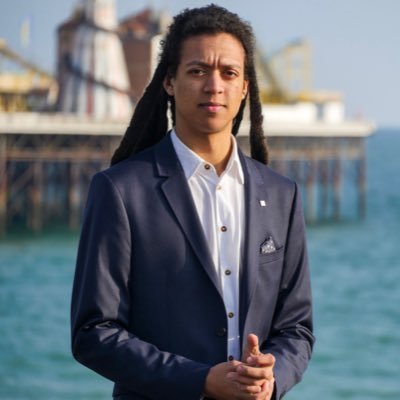 I seem to have caused quite a stir locally because I am standing to be the Labour MP for Brighton Pavilion.

There has been lots of talk about a progressive alliance and Brighton has been one of the focal points. This is partly because the Greens hold this seat, partly because of the narrow Tory majority in the Kemptown seat next door – where the Greens have withdrawn their candidate – and of course because of our only red dot – Peter Kyle, in Hove. Incidentally, the Greens are still standing a candidate against our only Labour MP here.

I have spoken positively about a progressive alliance in the past and said that parties should consider standing down if it helps beat the Tories but in Pavilion, the Tories are in third place. The race here is between Labour and the Greens, so there is no need for parties to stand down.

I believe that one of the proudest values of progressive politics is the value of democracy. In 2010, let’s remember the Greens took the seat off Labour when we put forward a strong left-wing female candidate and they won, and that was democracy.

People said they wanted Labour to be anti-austerity and re-find our radical roots – we’ve done that and now I want to be able to offer our programme back to the people of Brighton – that’s democracy too.

Labour is the only opposition – idealism can only take you so far. MPs say they want to end tuition fees, to do something about the housing crisis, or tackle mental health, but you can only do that in government and the only way to get a Labour government is to vote Labour.

Brighton Pavilion is one of the youngest constituencies in the UK. In the city as a whole, more than one in ten (28,129 people, 10.3 per cent) of the city’s population is aged 20 to 24. That includes up to 27,000 students who may be eligible to vote here.  This gives young people the power to change the outcome of this election in these three seats.

I find it worrying that research from campaign group Hope Not Hate found that students are set to be the most under-represented group in the general election because they are not clear about the rules around voting. That needs to change.

If we want young people to understand politics and the impact it has on their lives, if we want them to go out and vote, then like any other group of people, they will want to see someone who looks like them in parliament.

I am a student, I am 21 and live in the constituency – I understand the issues that young people face. I live and breathe Brighton every day. It is time to bring some fresh ideas and energy to politics, not to mention more diversity in parliament.

Tuition fees means that young people start their working life saddled by debt. Most of us already have no hope of getting a foot on the property ladder while secure work with a pension scheme and paid holidays are things our parents reminisce about. It is hardly surprising then that many young people don’t think MPs either understand them or listen to them. So far, all they have done is make life worse for us than it was for our parents!

Labour policy on tuition fees and higher education restores the basic principle that “no-one should be put off educating themselves for lack of money or through fear of debt.”

This is a good start, but young people need help with more than tuition fees.

Living costs are way up there on the list of things young people want politicians to tackle – and fast. Property prices in Brighton are similar to London and the standard of many properties, in my opinion, remains low.  Some landlords continue to get away with undertaking little or no maintenance, whilst charging sky high rents.

Last year, the NUS released a survey of student sex workers. Two-thirds of respondents (67 per cent) said they were motivated to work in the sex industry to pay for their living expenses, like food, bill. This was followed by paying the rent (53 per cent) and to fund consumption such as clothes and books (51 per cent).

I think these figures are horrific. We live in one of the richest countries in the world but our students are turning to sex work to pay their way.

In a constituency with a large student population in an area of high living costs, we need someone who is prepared to face up to the harsh realities what is happening here. I am prepared to do that but at the moment, no-one else seems to taking this issue seriously.

Young people need a voice so I am asking them to stand by me and to stand by Labour because it is only with a Labour government we will have the power to change things.

You can help me win for Labour in Brighton Pavilion by supporting me on my Crowdpac page.

Solomon Curtis is Labour’s candidate for Brighton Pavilion. He is a student at Sussex University and was the PPC for Wealden in 2015.

View all articles by Solomon Curtis