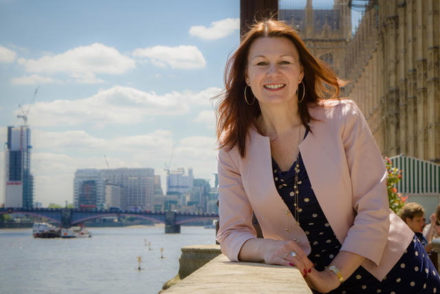 With nearly 40 million people in Britain living in areas with illegal levels of air pollution, and more than 2,000 schools and nurseries close to roads with damaging levels of diesel fumes, today’s first ever National Clean Air Day is a timely and welcome reminder of the scale of the problem of illegal air quality in the UK.

The situation has gone from bad to worse on this Conservative government’s watch, and has escalated into what the Commons’ cross party environment, food and rural affairs committee is now calling a “public health emergency”.

Yet it seems at every stage the government has had to be held over a barrel in order to take action.

Just before Theresa May called the general election with a view to increasing her party’s majority, Labour hauled the government up to answer an urgent question in parliament on why they had decided to use the election as an excuse to further delay the publication of their air quality strategy.

The government had known about the high court deadline for months but chose to request a further delay to the publication of the air quality plan at 7pm on the Friday before the deadline the following Monday.

You couldn’t make it up.

Thankfully the high court ruled that the government could not hide behind the general election and had to publish their plans straight away. What we finally got during the election campaign from the Tories was the publication of a toothless, weak strategy with several vital sections, costings and data missing altogether. It seems that the government’s air quality strategy wasn’t the only feeble document produced by Theresa May to land her in trouble during the election campaign!

So here we are after a totally unnecessary election with yet another legal challenge by NGO ClientEarth, who have asked the high court to review the latest draft air quality plans which the group have said amount to “plans for more plans” rather than “plans for action”.

All of this poses the question of how Theresa May’s government can be trusted to fight to maintain air quality and environmental standards after we leave the EU when they have done everything possible to avoid scrutiny on the issue and have had to be dragged through the courts.

Jeremy Corbyn has been clear that within the first 30 days of a Labour administration we would bring forward plans to tackle illegal air pollution levels as a priority. A Labour government would legislate for a new clean air act setting out how to tackle the air pollution that damages the lives of millions while this Conservative administration continues to shamefully shirk its legal responsibilities and put the health of millions at risk.

So Labour welcome this first national clean air day as a way of raising awareness of the extent of the problem in our local areas and to help spread the word about cutting harmful vehicle emissions and fighting pollution.

Ultimately, leadership on clean air has to come from the top. On this national clean air day, Labour reaffirms our commitment to bringing forward a new clean air act and calls on the government to put an end to the ducking and diving on this issue, to take responsibility and end the public health scandal of poor air quality that has escalated on their watch.

Sue Hayman is shadow secretary of state for the environment, food and rural affairs. 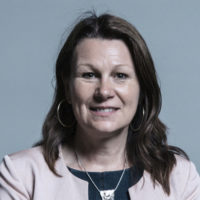