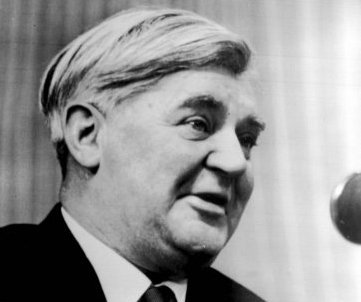 On this day, 69 years ago, Aneurin Bevan founded Labour’s proudest achievement – the National Health Service, which was set up to provide universal healthcare for all, on the basis of need, free at the point of use.

Nearly 70 years on, and the NHS is still a precious institution, with over a million dedicated, hardworking staff. In government, Labour prioritised investment in our health service, bringing it back from the brink after 18 years of Tory neglect. Thanks to the last Labour government, over 100 new hospitals were built or refurbished; between 1997-2010 there were 89,000 more nurses, 44,000 more doctors and we had the lowest waiting times on record.

But after seven years of the Tories, our NHS is in crisis. There are now nearly four million people on the waiting list for treatment in England, well over a million more compared to when Labour left Government; over 2.5 million people waited too long in A&E last year and over half a million people were left stranded on hospital trolleys because they couldn’t get a bed on a hospital ward. Performance is declining across the board, and patients are being badly let down as a result of this Government’s mismanagement of the NHS. Hospital trusts racked up an £800m deficit last year, Clinical Commissioning Groups are being forced to ration care and treatments for some patients and are using funding set aside for children’s mental health to plug gaps in their budgets. The Tories have failed to address the funding pressures facing the NHS. Labour, on the other hand, promised an extra £37 billion for the NHS over the next five years in its manifesto, including much needed capital investment to modernise and repair hospitals and surgeries.

Our hardworking NHS staff dedicate their lives to putting patients first, working 24 hours a day, seven days a week, to make sure people get the best care possible from our health service. It is a scandal that this Tory government has refused to give our NHS workforce the pay rise they deserve – the prime minister herself told a nurse during the election campaign that there was no “magic money tree” to pay for an increase in wages for NHS staff. The Labour Party values those working in our NHS and recognises that, after seven years of austerity, staff deserve a pay rise. That’s why in Labour’s manifesto, we pledged to lift the one per cent pay cap, putting pay decisions back in the hands of independent pay review bodies.

Alarmingly, the Nursing and Midwifery Council this week revealed that we are now seeing more nurses and midwives leaving the profession than joining. At a time when there are 40,000 nursing vacancies across the UK, and a shortage of 3,500 midwives in England, this Tory government is making things even worse. The Tories’ decision to scrap NHS bursaries has led to a drop of 23 per cent nursing applications this year compared to last and yet they still refuse to scrap this disastrous policy. Labour firmly believes that investing in NHS staff for the future is vital, and that’s why we’d reverse the government’s damaging decision and restore nurse bursaries.

Today, the 69th birthday of the NHS is a cause for celebration of our treasured health service. But patients and the NHS are being badly let down by this Tory government. Labour will always fight to protect the NHS, ensuring that there are enough doctors and nurses to provide the care that patients need and we will always give the NHS the money it needs.