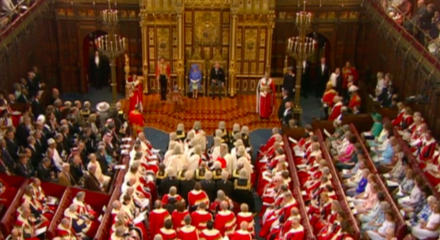 Some Remainers who voted for Labour last month have been disappointed that the leadership laid down the law and sacked shadow ministers who supported the Queen’s Speech amendment which aimed to keep Britain in the single market. They should not be. Brexit is a long game and it was a mistake for those MPs who backed the amendment to try to restrict Labour’s ability to manoeuvre at this early stage.

When Jeremy Corbyn insisted on Labour MPs supporting article 50 in the Commons debate, I, like many Remainers, was disappointed that the party was backing a policy that will make us all worse off, as well gumming up the political process for the next two years – and probably much longer. I had just suffered the indignity of losing my deposit in the Richmond by-election and thought we should be actively opposed to the Brexit process.

That would, however, have been a mistake. The referendum may have been flawed in many ways and should not be regarded as a permanent expression of opinion, but the result nevertheless has to be respected for the moment. Most Remainers, it seems, have recognised the reality of the situation. The Lib Dems’ failure to make significant gains at the election showed that their naive Euro-enthusiasm did not wash with the electorate. It was simply the wrong moment to try to reverse the outcome of the referendum.

Labour’s strategy of equivocation on Brexit actually worked on polling day. Far from alienating both sides in the debate, as I had predicted, the party managed, to some extent, to attract both Leavers and Remainers. Suggesting that the benefits of the single market and customs union should be retained while leaving the EU was, however, a conjuring trick that cannot be repeated. At some stage, when Theresa May discovers that she cannot have her cake and eat it, Labour is going to have to decide whether the deal she has negotiated is acceptable or not.

But not now. At the moment, the best strategy is simply to watch the Tories tear themselves apart. This is not Labour’s problem, but theirs. They got us into this mess and therefore they must be held accountable. There is no doubt that once the eight, highly complex Brexit bills start to reach the Commons, then there will be a battle royale between the pro-European and Europhobe wings of the Tory party. It will be a great spectacle but such fights, like boxing matches, are better watched than entered into.

Ultimately, we do not know which way Labour will go. There is no doubt that Corbyn and John McDonnell are sceptical of the present structure and policies of the European Union but that does not necessarily mean they feel Britain’s future is better out of it.

Rather like Corbyn’s brilliant decision to enter the TV leadership debate at the last moment, Labour should wait to pounce until the chaos within government is so apparent that it is about to crumble. My hope is that Labour would then announce it will hold a second referendum because the implications of leaving prove to be so dire, and the advantages so nebulous. But then I have always been an optimist.