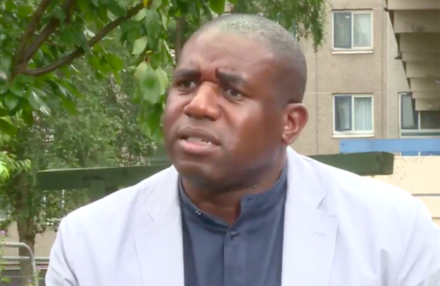 The Grenfell tower fire is a “shocking indictment of our country”, David Lammy has said.

Lammy, the MP for Tottenham, was critical of the choice of a white upper-class male judge to lead the inquiry into the disaster, saying: “He is a white upper middle class man who I suspect has never, ever visited a tower block housing estate and certainly hasn’t slept a night on the 20th floor of one.”

“The job is not just to be independent and judicious, I’m sure he is eminently legally qualified, of course he is but he is also to be empathetic and to walk with these people on this journey and to sit with them and understand that their lives were in the hands of the state and something badly, badly failed,” Lammy explained on Sky’s Sophy Ridge on Sunday.

“It’s a shame that we couldn’t find a woman to lead the inquiry or indeed an ethnic minority to lead the inquiry in 2017 and I think the victims will also say to themselves, when push comes to shove there are some powerful people here – contractors, sub-contractors, local authorities, governments – and they look like this judge. Whose side will he be on?”

Asked whether John McDonnell’s description of the victims as “murdered” was best, Lammy distanced himself, instead saying: “To me the right language is this amounts it seems to me to corporate manslaughter or gross negligence manslaughter.”

Lammy continued his analysis of the situation by borrowing the Dickensian language of a “tale of two cities”, saying to Ridge “here in London you see it writ large but you see it in other major cities across the country, you see at one end of the spectrum social housing, lack of quality and indifference to people’s needs and concerns and at the other end of London, huge gentrification, huge cranes, huge buildings, huge resource and you absolutely see that in the London Borough of Kensington and Chelsea.”

He said that the communities of Grenfell and elsewhere have not been “listened to for years and I’m afraid that’s not just about the last seven years of austerity, that goes beyond party politics.”

He reported conversations with families who are cautious of the “stay put” fire safety policy in tower blocks, “if you live in an estate, there’s quite a lot of fear particularly amongst the women, the mothers with children that I talk to.”

“That fear is linked to their now very questioning of the stay put advice, worried about how they would make their way out with their kids at two or three o’clock in the morning. They are untrusting of, if you like, the authority figures that they are reliant on to give them the best advice, the local authority, the housing management organisation, even the fire safety and that’s partly to do with the divide that’s opened up in society.”

.@DavidLammy says he doesn’t believe life has improved for people living on the estate he grew up on pic.twitter.com/gJhraDaY6N