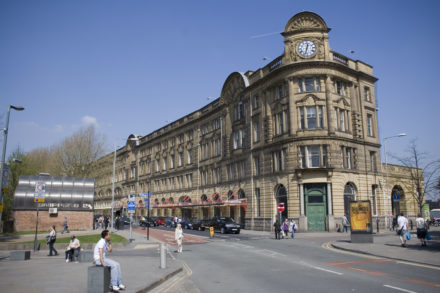 “Billions for London, uncertainty for Manchester” – read the headline in my local paper this week. The government’s broken promises to the north reached new heights after plans for a long over-due re-haul of the northern rail system were shelved. To rub salt into the wound, Crossrail 2 – the proposed north to south answer to Crossrail 1 – was given the green-light by ministers.

What was at stake was the electrification of rail lines all across the north west. The plan would have cut journey times between northern towns and cities, and was seen as the bedrock of economic growth. The promise was wrapped-up in George Osborne’s vision for a “northern powerhouse” but, as with that concept, it is being allowed to slowly slide from view.

If this is what the government means by re-balancing the north versus south economy, then words fail me. Time and again, those of us who live in the north have to stand aside and watch Whitehall make decisions in favour of investment to London, while our northern cities increasingly become an after-thought.

And if you feel overlooked as a city in the north – try being a town. As much as the cross country connections are failing to lay the foundations for a new industrious revolution, so too are the “first and final mile” connections. These ought to bring growth across the towns that need it most.

Transport is one of the biggest indicators of the imbalance between London and elsewhere, especially regions in the north, the midlands and the south west. Recent statistics from the Treasury show that almost £2,500 more is spent on transport per-head in London, compared to someone living in the north west.

The north east is getting an even worse deal. Transport there has received only £5.01 per-person, compared to London’s £2,595.68.

We are yet again forced to compare investment in London with elsewhere, with some issuing demands to cancel Crossrail 2. I won’t do that; the divide and rule, every area for themselves mentality is no way to run a united country. Far from resenting London’s investment, I say well done to them for having a clear vision for transport investment and the clear route to decision makers.

What I resent strongly is that other parts of the country don’t have the same; equal investment and access to the levers of power. You have to wonder if Chris Grayling, the transport secretary, was making the commute across the Pennines each day then this would even be up for debate.

While transport has been the focus of the debate this week, it is indicative of larger problems with how policy is designed, delivered and funded across England – but especially in the north. What worries me is that the north will never receive the investment it needs while the bulk of power remains solely in Whitehall.

So the case for devolution is stronger than ever. By devolution I mean both the transfer of political and fiscal powers. Because it’s all very well devolving decision making powers piece-meal to elected representatives, but until they have their hands on the purse-strings we’ll never see the investment our communities need.

So following the government’s broken promise over northern rail, we should be questioning why the levers for decision making and spending are based in Whitehall? Why are the decisions about the future of our transport system in the hands of people who have no vested interest in that service? And why are the people who have to endure this dated rail service not the ones having a say in how money is spent, and when?

I worry however that this is not the government’s view and that they have no vested interest in the devolution agenda. The gradual fading of the northern powerhouse plan epitomises this. It, like its chief architect Osborne, has quietly exited parliament via the backdoor. Since Osborne was sacked as chancellor following the EU referendum, the “northern powerhouse” has been mentioned fewer and fewer times in the Commons chamber. And you can’t help feel that Andrew Percy’s resignation as minister for the northern powerhouse to rejoin the backbenchers – where, in his own words, “he can get more done” – sums up the Tory attitude to the broader devolution agenda.

Perhaps opportunities for change lie ahead. Following Brexit, the transfer of power from the EU back to the UK provides the perfect opportunity to redesign where that power sits, and who it is serving. Devolving this power back to local communities is the only way to answer the driving call of Brexit which was to seize back the reins of power in the interests of local people.

While ministers come and go; our communities remain. We need a fundamental review which sets out a new settlement. We need a vision that takes power and resources to build an empowered England. Without that we’ll be having the same conversation in a decade’s time.

Jim McMahon is shadow minister for local government and devolution and MP for Oldham West and Royton.

Jim McMahon is MP for Oldham West and Royton, Shadow Transport Secretary and chair of the Co-operative Party.

View all articles by Jim McMahon