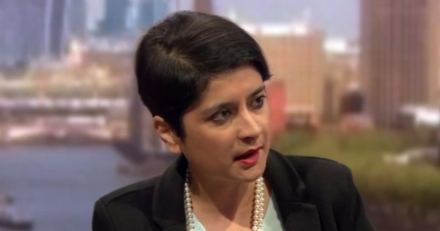 Today the Community Security Trust (CST) has released its antisemitic incidents report for the first six months of 2017 – and the figures are deeply troubling. The trust recorded 767 incidents from January to June this year, a 30 per cent increase on the previous year and an indicator that 2016’s record annual total of 1,300 incidents is likely to be broken. A hundred monthly incidents is now the norm for CST but five years ago the figure was half that amount.

In addition, whereas previous highs tended to be triggered by overseas conflict, this increase cannot be located to a particular cause, including political extremism. The CST has reluctantly concluded that antisemitism is simply on the rise.

The problem is not a party-political one. Across the incidents figures, attacks have been identifiably far-right, anti-Zionist and without any political motivation. If antisemitism is indeed on the rise, then it falls not to one party to resolve the problem but there are things the Labour party can and must do in response. John Mann, who chairs the all-party parliamentary group against antisemitism (to which our organisation provides the secretariat) has demanded all MPs, councillors, business leaders, trade unionists and all those in authority to stand up and be counted, to call out antisemitism and take greater action.

What does such action look like for Labour? I have some suggestions from my sedentary position. The first is political leadership. Trends in our public discourse in Britain can and do follow the social mores set by our political leaders. I was greatly encouraged by Jeremy Corbyn’s rapid and considered condemnation of those – purportedly in his name – who abused Woman’s Hour presenter Emma Barnett following her interview with him. The Labour leader’s condemnation was unequivocal and appropriate. The challenge will be consistency – and not just for the party leader but every elected representative and member. Outside of the pressure and scrutiny that accompanies an election, there is an individual responsibility to call out antisemitism, and indeed all forms of racism, as and where it occurs. The greater the platform, the greater the responsibility.

In parliament the Labour party ought to be leading the charge in efforts to improve our legislative apparatus for addressing hate crime. The party could certainly do more, for example, to push for the enactment of the Law Commission’s recommendations relating to hate crime, electoral law, and what we hope will be a piece of work on digital law and cyber-crime. At a local level, given the Labour national executive has adopted the International Holocaust Remembrance Alliance’s definition of antisemitism, there should be condemnation of party members and activists heckling councillors who are trying to pass it at local authority level and appropriate recognition for those seeking to do so.

Of course, part of the political and parliamentary leadership required across the spectrum is resisting the temptation to politicise antisemitism and use it as a political football, particularly when incidents are uncovered within a party structure. The result is usually that the profile of the Jewish community is raised and it is targeted or made to feel threatened. Highlighting incidents of antisemitism is important but using antisemitism for political gain is wrong, particularly in our increasingly divided, polarised and angry world.

Second, is the importance of improving and living by the standards the party is setting itself. Many have been disappointed that implementation of the Chakrabarti report into antisemitism has been seemingly slow. Despite the controversy that surrounded the report, it included some important recommendations for Labour. These can only be effective when put into practice.

The adoption of the Macpherson principle for handling allegations and reports of antisemitism is perhaps the most pressing. In Britain, the definition of a racist incident is based on the perception of the victim. The Macpherson principle, which grew out of the Stephen Lawrence Inquiry, dictates that cases should be handled, and victims treated, with due care and sensitivity.

Too often, Jews highlighting antisemitism (particularly in the guise of anti-Zionism) are subject to what academics have labelled “the Livingstone formulation”. Namely, those accused of antisemitism reject the charge and the claimants – contrary to the Macpherson principle – are accused of deliberately deceiving people for political purposes in the service of the Israeli state. The perpetrator becomes the victim. Understanding modern antisemitism requires individuals not to fall into this trap.

Finally, in relation to understanding, education is key. The party can and should be doing more to address antisemitism through training of candidates, officials and others as well as educational events with local CLPs and through the distribution of materials across key networks.

When worrying reports like the CST’s are released it is easy to fret or navel-gaze. The challenge for anti-racists in all parties is to step up, speak out, refuse to accept the trend and put in place systems to reverse it.

Danny Stone is director of the Antisemitism Policy Trust.

View all articles by Danny Stone