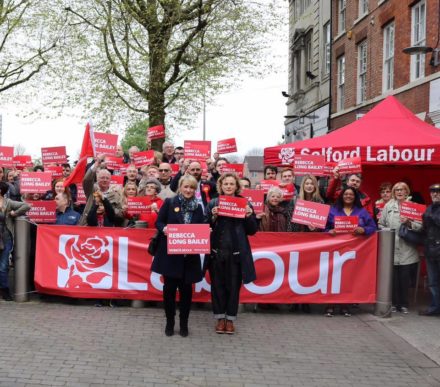 Labour today continues its wave of campaigning with a pledge to end the “unprecedented” squeeze on wages.

Rebecca Long-Bailey said the party would would boost the pay packets of a quarter of British workers by introducing a real living wage.

In some parts of the country, the benefit would be felt for more than 40 per cent of workers, with Labour’s research shows that real wages – pay packets adjusted for inflation – are still lower than they were before the financial crisis of a decade ago.

Long-Bailey, the shadow business secretary, described the stagnation of real wages as “unprecedented since at least the second world war”.

George Osborne’s national living wage is lower than the real living wage proposed by Labour. It will reach just £8.75 by 2020, according to the Office for Budget Responsibility, not the £9 that had been promised.

The Tories’ living wage policy was described as a “con” by Liz Kendall in 2015, a sentiment echoed across the Labour movement.

In Birmingham, Labour’s plans would hand 100,000 people a pay rise, and in West Somerset, Weymouth and Portland 41 per cent of workers would feel a boost.

“We must take bold and imaginative measures to tackle low pay,” Long-Bailed added.

“One crucial step in this direction is to raise the Minimum Wage to the level of the Living Wage, expected to be at least £10 per hour by 2020 – for all workers aged 18 or over.

“People should be rewarded for a full day’s work and need the dignity that comes with decent wages. Britain needs a pay rise and only a Labour government can deliver one.”