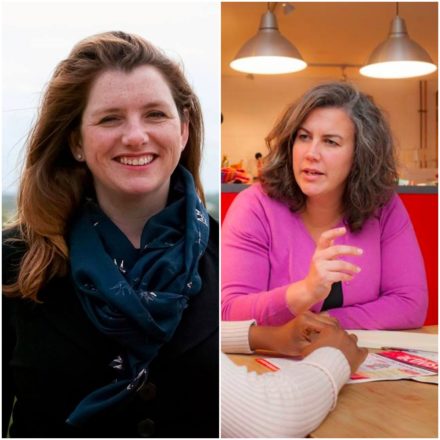 By Heidi Alexander and Alison McGovern

After being approached by Labour members wanting to launch a campaign for single market membership, we agreed to convene it. Why? It’s simple. Because we can’t stand by whilst the Tories trash our country.

Since article 50 was triggered, we have been told that we could have our cake and eat it; that there would be money for the NHS; we’d have a trade deal as good as membership; new trade deals that the US, Australia, and others, would rush to sign; and that we could police the Northern Ireland perimeter with a border that would be both there and not there.

But it turns out that the magical realism of Rees-Mogg and Redwood is no match for the heavy prose of the European Commission.

The clock is ticking and so far progress has been glacially slow. Every day we see more evidence that the Conservative party is just not very good at making deals with our partners abroad.

Brexit, so far, has been a disaster. So, where next, and why a Labour campaign for the single market?

What we urgently need now is the right policies to take us forward, and the leadership to get a deal done. We need to maintain living standards and keep public services going. And we need leaders who want to make a deal with the EU, to find a negotiated settlement to protect our country from disaster.

Clearly, these leaders cannot be found within the Conservative party.

There is, however, a group of people within British public life whose background is all negotiation and deals. That’s the Trade Union movement, from which today’s Labour party was born.

Ask any shop steward how to make a deal with a powerful counter-party on the other side of the table and they would tell you.

First, unlike Boris Johnson, David Davis, and Liam Fox, do your homework, work out what you – and they – want to achieve.

Second, find areas where you agree. Establish those quickly, unlike the Tories who can barely say whether they think EU nationals – many of whom have lived in Britain longer than each of us has been alive – ought to be allowed to stay. Then, move on to points of disagreement having first built trust and goodwill.

And finally, as trade unionist knows, conflict must be worth it. You don’t go in to the negotiating room only to leave with nothing better than you started with. Change is only worth it if the people you serve get better off, not worse off. If that’s a risk, better to stick with the status quo. Which is why – as various trade unions successfully argued it should – Labour conference last year resolved that if the deal on offer is bad for jobs and rights, we should keep our membership of the EU firmly on the table.

So, Labour, with the right set of policies, is in a far better place to get Britain out of the Brexit mess than the current government. Not just this, but Labour also benefits from a sister-party relationship with socialists and social democratic parties that hold power and influence across EU states, and remains (and will always remain) a member of the PES – the Party of European Socialists – which boasts nearly 200 MEPs in the European parliament.

David Cameron – like the fool he was – took his Conservatives out of the European People’s Party, the centre-right grouping. This meant he had fewer friends and allies when he needed them. The Tories only allies in Europe now are their fellow hard-right politicians who want the protective shield of the EU shred to pieces.

Tories can’t make a deal because they don’t know what they want, and they have no trust or empathy on the other side of the table. The little England attitude in the Tory party led them to nowhere.

Labour, in contrast, must be true to our internationalist roots, and rescue Britain from the path of certain doom the Conservatives have set our country on.

This can be done by establishing our aim as single market membership, and membership of the customs union. Economically, this is the best means to limit the damage to jobs, to our rights at work, and to prevent further austerity that would result from decimating the UK’s tax base. Similarly, if the costs of Brexit, in the end, are too great, we should not shy away from making the case that we should stay.

Our conference will soon debate these important matters. MPs will soon be voting again on the mechanics of Brexit. If we are to win the votes and limit the damage then we need to make the arguments.

To restrain the excesses of global markets we need powerful defenders of quality jobs for all, with rights and decent incomes. A strong signal from our party that we have not given up on the collective aims of an EU that lifts social standards alongside prosperity could provide a clear direction for our country that has been set adrift by the Tories.

We must not let our country down. Join the Labour Campaign for the Single Market here.