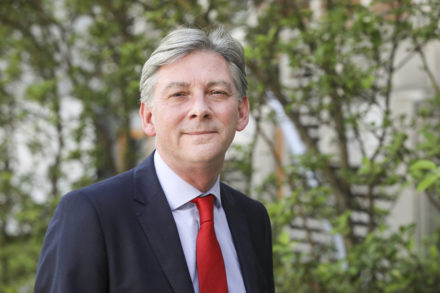 Richard Leonard has won the support of rail union Aslef to be the next leader of Scottish Labour ahead of tonight’s first leadership hustings.

Leonard, who has also been backed by another transport union TSSA, is thought to be the preferred candidate of Jeremy Corbyn’s office.

The Central Scotland MSP is up against Glasgow representative Anas Sarwar, who holds the shadow health brief on Scottish Labour’s frontbench in Holyrood. Sarwar is a former deputy leader of Scottish Labour.

Leonard said: “ I’m delighted to have the backing of ASLEF. We have had many common priorities over many years. Principally of course in a shared belief that the railways should be in public not private hands. Run as service to the public rather than an income stream for shareholders – in the interests of the many not the few.”

Mick Whelan, general secretary of Aslef, said: “Richard shares our values and we’re proud to support his campaign. He’s a committed trade unionist and recognises that the people of Scotland are hungry for change. I know that under Richard’s leadership, train drivers will have a robust voice in Scotland.”

Kevin Lindsay, ASLEF’s organiser in Scotland, said: “I’ve known Richard for many years. He’s a dedicated and hardworking socialist who recognises the value of public ownership, and wants to ensure Scotland’s railways are run for the people of Scotland, not to subsidise the fares of our European neighbours or to be given away as dividends to line the pockets of private company shareholders. He’ll represent the vast majority of Scottish people who are fed up with the status quo.”

Leonard is a former trade union organiser who spent many years working for the GMB.

There will be a new leader north of the border by mid-November. You can see the full timetable here.