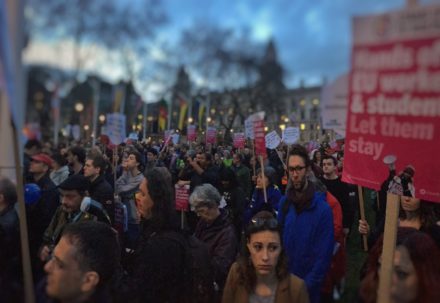 Labour’s policy change on Brexit is a welcome move which shows the leadership now understands what is needed to win back power.

The shift consolidates the votes of many young people, for whom a vote for Labour this summer was partly or wholly motivated by protest at the previous year’s Brexit decision. Also it has taken away the biggest argument for voting Lib Dem. Their call for a straightforward re-run of the referendum is guaranteed to continue to polarise remainers and leavers.

Most important, Labour’s new stance sends a message to any swing voters who might have been worried it would become an extreme party under Jeremy Corbyn. Labour’s Brexit policy can comfortably attract votes from moderate pro-Leavers and Tory pro-Remainers alike. It shows, above all, the party is looking to win an election with the votes of that huge under-represented mass of people usually – and disparagingly – known as “the centre”.

Corbyn’s change of view on the single market represents a massive shift in thinking and has gone amazingly unremarked upon. It tells the vast majority of Labour MPs – whose open hostility to the leader was based largely on his hard Brexit stance – that their views have prevailed.

Barely more than a year ago, Corbyn’s Brexit position was overwhelmingly responsible for triggering the doomed second leadership contest. At the time it seemed pointless but, with hindsight, we can see it was the first time the pros and cons of Brexit were debated publicly. Those who argue Labour’s manifesto supported a hard Brexit were wilfully ignoring the fact that Labour was the only party to have discussed all aspects openly.

Corbyn changed his stance once before as leader of the party, over the scrapping of Trident. But that did not involve him changing his mind – I hope – more understanding that his then still-fragile position depended on keeping important trade unions on board.

With his leadership of the party bolstered by this election, the fact that this latest decision comes from a position of great strength makes it all the more remarkable.

As Sky News political editor Faisal Islam has noted “John McDonnell is known to have had meetings with CEOs of some of Britain’s biggest multinationals. Strange times make for strange bedfellows. A soft Brexit coalition of corporate and Corbyn Britain. Whatever next?”

A few Labour MPs, mainly based in hard Leave areas, are worried this change in position will be disastrous for them. MPs like John Mann would have more of a point if our stance was now the same as the Lib Dems. While it’s true that many on the left of the party are talking about no Brexit (and TSSA general secretary Manuel Cortes regularly puts a very strong case for that here), what Labour is saying is “we accept the result for now, but shouldn’t discount any option in these volatile times.”

The problem for those of us who would like to see Brexit reversed is that we spend too much time explaining why it will be a disaster. We allow ourselves to be sucked into arguments with Brexiteers, so every piece of economic news, good or bad, is seized upon as proof by either side that we’re right and you’re wrong.

The most important thing we need to do is go into our communities, especially those where leave votes prevailed, and explain the implications to them of a no deal, cliff edge Brexit, soft Brexit, or remain. This is not telling voters what to think, but laying out the options and letting them decide. Personally I think millions, when faced with real facts, would change their minds, but not by telling them they were wrong. They need to work it out for themselves.

This feels like a perfect job for Momentum, now a large grass roots movement who did so much during the election campaign to bring more voters to Labour. Campaigning is what they do best, the leadership have made it clear they’re trying to win back the centre and we have strength in numbers to go out there and persuade others to join us.

There isn’t a lot of time. May is positioning herself to paint the currently disastrous Brexit talks as a result of EU intransigence, rather than because of a Tory party incapable of decision-making due to its contradictory desires: and they’ll be helped with this by the media. In the immediate absence of another election, people need to see Britain’s negotiating disaster for what it is, and they need to see it now.

I know for some in Momentum it seems important to take power in local branches and councils or maybe even to deselect MPs. Not only does this feel like a waste of energy, because Brexit is the only show in town, it plays directly against our new embrace of the centre ground.

We’ve been given a job by the leadership, it’s up to us to fulfil it. 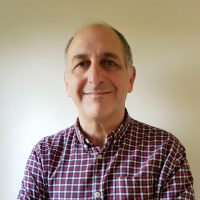