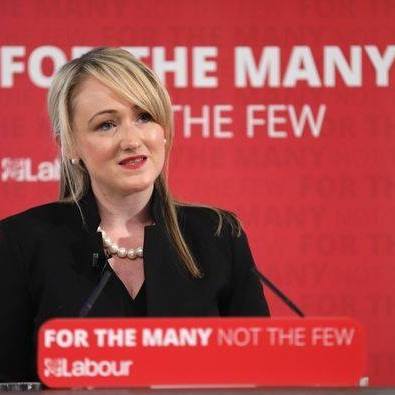 Rebecca Long-Bailey will today lay out Labour’s plan for the fourth industrial revolution.

The shadow business secretary – who is in charge of business, energy and industrial strategy – will tell Labour conference that as technological breakthroughs continues “it also brings the threat of rising poverty and inequality.”

Long-Bailey will outline how “half of all jobs could be lost of automation and say that “few businesses are ready to harness change”.

She will attack the Conservatives, arguing that automation under the current government would mean “monopoly profits for the few, and increased exploitation for the many”. “Only Labour will ensure that workers and businesses are equipped to enjoy the prosperity this changing economy can bring.”

The shadow minister will reiterate John McDonnell’s promise to bring back sectoral collective bargaining – made in his speech yesterday. She will also announce the launch of a Report on Alternative Models of Ownership. This plans to look at how apps that link up customers with specific services, such as taxis or takeaway delivery, could be shared by people who rely on it for work.

“They would have the power to agree their own terms and conditions and rates of pay, with the profits shared among them or re-invested for the future,” she will say.