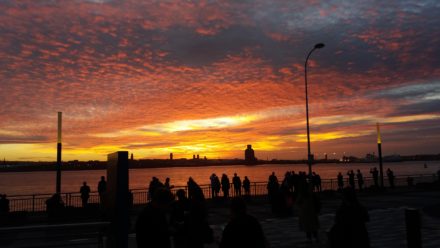 To win, Labour needs to win England, gaining seats across the nation in towns and countryside outside the major cities.

Policy, leadership and campaigning will be key, but we also need to think about how we present our message to the voters we didn’t attract in sufficient numbers this year. Many of these are older, have worked hard without the benefit of a university education, are patriotic and say they are English.

In Wales and Scotland, the party is clear. We have a Welsh manifesto and a Scottish manifesto. In England, it has always been much murkier. There is no English manifesto. Instead, the UK Labour manifesto mixes up policy on issues that will only apply in England – health, schools, universities, apprenticeship, most transport, social care and many other areas – with issues that affect the whole of the UK.

There’s a high price to pay for that muddle. We give the impression that Labour doesn’t really think England exists; or that England and the UK are just the same thing. Labour members in England often don’t have a clear debate about what we want for England. We live in the most centralised nation in Europe; yet after years of trying we still have no consensus on how much should be devolved from Whitehall and whether this should go to councils, city-regions, combined authorities or English regions.

There are big new issues coming up. Agricultural policy will return from Europe with Brexit. Wales and Scotland want those powers devolved. England, whose farming ranges from the Cumbrian fells to the grain fields of East Anglia, needs its own agricultural policy. Many of the talking points of the last election, including tuition fees, massive inequality, and the failures of the housing market are exclusively or distinctively English questions.

For all these reasons, Labour should go into the next election with a clear, English, manifesto, as we will argue at the launch of the English Labour Network, today at party conference. Parts of the 2017 programme were a big step forward in recognising England. It proposed a Minister for England. It renewed our calls for a constitutional convention and, for the first time, proposed a “relationship of equals” between England, Wales and Scotland. But it left a lot to be fleshed out (to put it kindly). It said we were the party of devolution, but nothing about the balance of power between the centre and local areas; between ministers and elected local leaders, between north, south and London.

We are a unionist party, but England has its own history; sometimes conservative but often of radical struggles for rights and fairness that are still relevant today. We should have the pride to tell that story. We must also ensure that the Englishness we celebrate is progressive, inclusive and reflects the England we live in today.

There is no formal process for consulting English party members on English policy (that’s something that should be addressed in the democracy review, by the way). But a draft manifesto could be used to take the views of English Labour members on the big issues of policy and the way in which England is governed. It would create new opportunities to talk to the public in key seats. It would make it clear that Labour has England at the centre of its thoughts.

We know that some people will think that all this is a bit of a sideshow to “real politics”. But England and its future are central to real politics. It is England, and “English” voters in particular, that are taking the UK out of the EU. Labour lags behind in support from English identifying voters: indeed, Jeremy Corbyn would probably be prime minister now if he had as much support from those voters as from “British identifiers”.

It is in England that the divide between metropolitan liberals and the more socially conservative working class voters is widest. Labour can’t settle for being on just one side of that divide. We must be the bridge that that finds the common ground and builds a nation that works for the many not the few. That means winning at least 60 English seats, because we cannot bank on Scotland as we once did. An English manifesto can help us do it.

Shabana Mahmood is MP for Birmingham Ladyhood, a member of Labour’s national executive committee and a founding supporter of the English Labour Network.

John Denham is director of the ELN and a former cabinet minister.