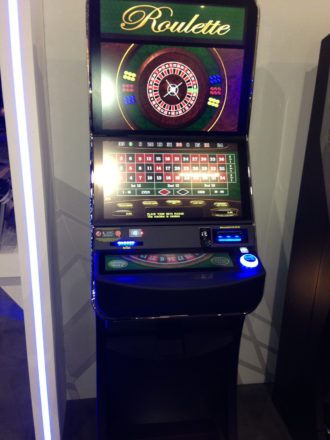 The glint of the screen, the noise it makes, and the feeling of being ahead. There is nothing quite like walking out of the bookies with a wedge of £20 notes in your pocket. Back to the pub to meet your mates, just to find yourself back again after a few pints. Then there’s also nothing quite like the feeling of losing that wedge and more back into it. Fixed odds betting terminals (FOBTs) have been an innovation that our high street did not need and they are a problem that the Labour Party can solve in this parliament.

At the age of 18 I worked for a high street bookmaker founded on horseracing, but growing on the back of FOBTs. I spent a year working for them in locations across Horley, Crawley, Redhill and Gatwick and it exposed me to what it is like to be on the other side of the counter. Working sometimes for 12-hour shifts, five or more days a week. Talking to people who know their addiction but cannot shake it gives you a view on how these businesses view their customers. The on-the-job training we received was minimal and didn’t give us any methods for intervening. All we learnt was how to encourage people towards the machines and push them online.

Tom Watson, the shadow culture secretary, has been a stalwart for the campaign against FOBTs and has changed Labour’s position, supporting a stake reduction. He has recently attacked the Conservatives saying they have “repeatedly failed to act on FOBTs, despite being presented with evidence they are highly addictive and target people who struggle to control their gambling”. The Labour Party must act.

The terminals evolved from a loophole created during a simplification of the gambling tax code in bookmakers in 2001. Before the change, it was a complicated system where tax was paid as the consumer staked a bet or collected their winnings. The choice was too hard and expensive to administer, so the burden of tax was moved to the profits of the bookmakers.

This was a good idea and it needed to happen. But at this stage there was a revolution happening in technology, and the bookmakers started putting what were perceived to be fruit machines in their stores. But these were not ordinary machines. Customers could gamble on games that weren’t previously available to people on the high street: roulette, blackjack and high-value fruit machines often with a higher stake limit. One of the creators of FOBTs Steve Frator was quoted as saying: “It developed through the concept of taking the regulations and pushing the boundaries to the limit.”

The impact of the technological revolution on store profits did not go unnoticed – but there was a problem. They weren’t quite legal. Then the opportunity came. Labour wanted to make some changes to gambling regulations so the bookmakers pushed – via the culture select committee – to influence the Gambling Bill committee. One of its members would later remark to me that the committee did neither understand nor realise the impact of the machines. When the bill passed in 2005, then the flood-gates opened. The law would enable a licensed betting shop to have four FOBTs that gave the punter the ability to gamble £100 on roulette every 20 seconds – which is quicker than in any casino.

During the passing of the bill, we saw a backlash against super casinos taking the spotlight away from the real culprit – FOBTs – and the bookmakers couldn’t have been happier. Instead of a handful of super casinos, they allowed thousands of mini-casinos on our high streets.

There is a serious problem with how the current system is administered and how it has taken advantage of the poorest communities in the UK. These shops don’t congregate around posh parts of town. They cluster on the high streets around low-income areas, and target those who are vulnerable. The reason these machines are addictive, and have the effect they do, is the rate at which customers can gamble on them. The way to stop them having such an impact on lives is not by shutting down all the shops but by changing the machines to make them less addictive and harmful.

With the current balance in parliament, we have an opportunity to work with progressive Tories, the DUP and everyone else to push for a change in the existing law that is focused on solving a problem which was created unknowingly. We need to see a massive reduction in the level of stakes as soon as possible. The review is expected to start this autumn and the Commons arithmetic gives those who want to see change a window to act – and act we must.

Adam Allnutt is a Labour activist in east London.

View all articles by Adam Allnutt